A Wits psychology honours graduate has crash landed into the indie music industry with the honest lyrics of her first EP, Fidelity 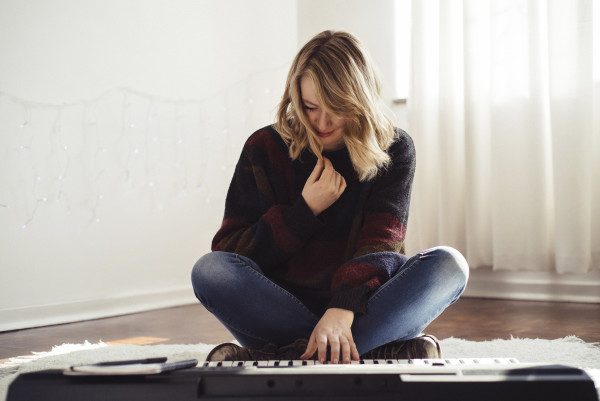 From the lecture seats of Wits Psychology Honours classes last year to the front of high school classes as an English teacher this year while studying part time at Unisa, a new singer-songwriter has crash-landed into the South African music scene.
Jo Tomlinson performed live for the first time just over a year ago in August 2015, yet she has somehow managed to teach, study for a post graduate certificate in education and simultaneously produce her first EP which launches on October 1.
“I think there’s as much hard work in music as any career, but to be honest, it really doesn’t feel like work to me. I literally get excited about anything that relates to my music,” said Tomlinson.
The Indie album maintains the feel-good sound typical to its genre, but Tomlinson’s intention to bring meaning to her music shines through even in the title. Fidelity, as the album is named, is a reference to the psychological theory of Erik Erikson which describes the different stages of human development. One such stage is adolescence, in which we are supposed to achieve “fidelity” to our identity.
“My EP is about the fact that I don’t feel like I truly know what that identity is – I’m still not 100 percent sure of who I am. Is anyone though!?” said Tomlinson.
Fidelity is simple and uncluttered, with a polished sound that defies its status as Tomlinson’s first album. The album’s brutal honesty is gently delivered by Tomlinson’s bright clear voice layered on top of attractive, yet unobtrusive piano riffs.
“What if the crowd is just ammunition, for my own egotistical selfish ambition? What if I’m building an altar in honour of me?” So ask the lyrics of the deeply introspective song, “The Audience of One”.
The album’s song writing lends it an element of authenticity which is so often missing from modern music, and Tomlinson’s ever-smiling yet always-thinking personality are evident in every line.
“I feel like I can be the open, awkwardly-extroverted Jo in music and still be professional as a musician, but I have to tweak my approach a bit in teaching to be sure that I’m professional in both,” said Tomlinson.
Fidelity will be out on iTunes, Deezer, Spotify, Play Music and other online stores