Students waved their student cards at police after being shot at with stun grenades outside of Education Campus. 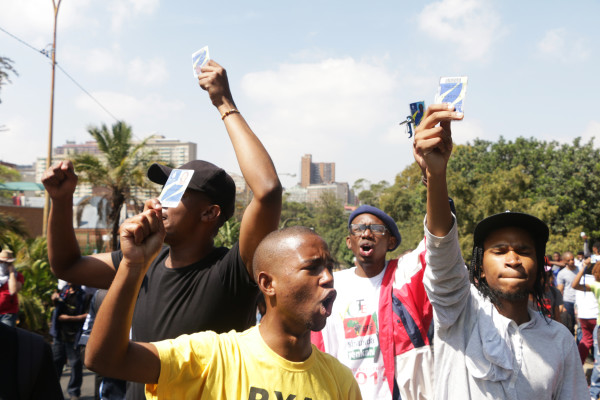 “We’re students! We’re not criminals!” the protesting Witsies shouted at the police wearing riot gear and armed to the teeth. Students took out their student cards and waved them at  police after the latter fired stun grenades just as the protesters were about to reach Education campus in Parktown.

The loud bang of the stun grenades going off on Queens road was sudden and unexpected. A few students at the back of the march who were still emerging from Pieter Roos Park where the protesters had gathered for mini-strategy session to carve the way forward. Most of the students dispersed with the bang and disappeared behind the smoke. 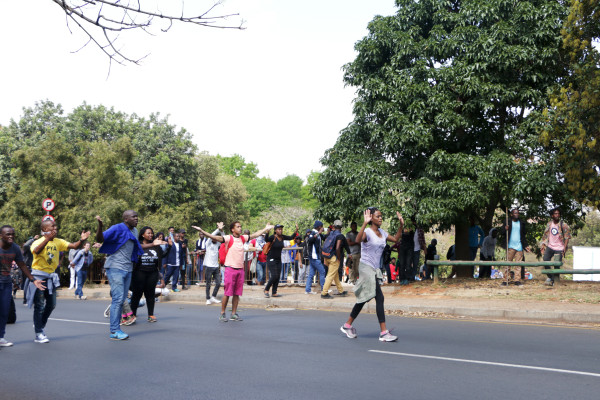 However, those in the front remained stern even as they got on their knees to show that they came in peace. This was before they arose and took out their student cards, waving them at the police, and calling for peace. 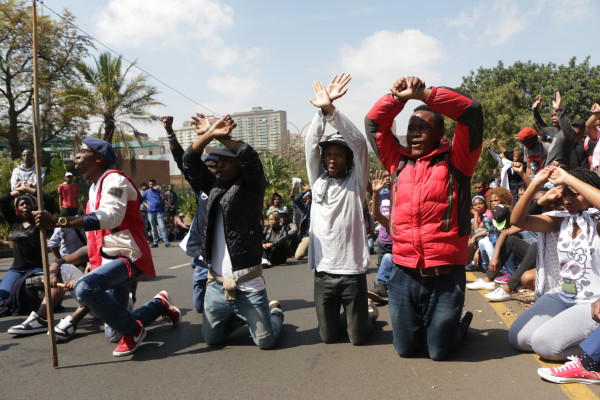 Stun grenades have been used several times today as the university shutdown picks up momentum on its second day. Earlier, 31 students were arrested for “contravention of a court order” and are expected to be released at 4pm. No injuries have been reported yet except that of Koketso Poho, the chairmperson of the Wits EFF Student Command, who was allegedly injured by the police when he was arrested with the group of 31 this morning.