The Chamber of Mines of South Africa have accepted a memorandum from Wits University students. 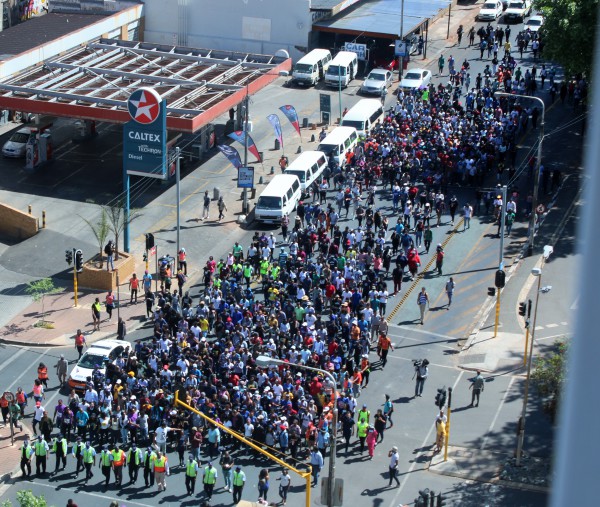 Hundreds of Wits University students marched to the offices of the Chamber of Mines in central Johannesburg earlier today. The students, escorted by Wits’ Campus Control officers, delivered a memorandum of demands to officials of the Chamber, which is a representative body for employers in the mining industry.

Former Wits Students Representative Council (SRC) president Mcebo Dlamini, who was one of the leaders of the march, said the students chose to march to the Chamber of Mines to demand that it “take a firm stand that they are going to assist in funding free education”.

The protesting students say their next course of action is to interdict the university-wide poll that is set to go ahead tomorrow. The poll, a decision by the vice chancellor Prof Adam Habib, is meant to gauge support for the university to resume the academic programme next Monday. Dlamini said, “We engage with our lawyers Dlamini Attorneys and Dali Mpofu will help”.

Dlamini says “We are interdicting the referendum” and will go to court for it #Fees2017 @WitsVuvuzela #HabibsReferendum pic.twitter.com/sxSzrbP0nB