While travelling aboard the Women’s Boat to Gaza, Naidoo, and 12 other female representatives from all over the world, were “intercepted and kidnapped” by the Israeli Defense Force.

“If you’re seeing this video we’ve been intercepted and kidnapped by the Israeli occupation forces,” said Naidoo in the pre-recorded video.

“I want to put into an appeal into all my comrades, brothers, sisters, family in South Africa to put pressure on the South African government to insist that they release me as soon as possible.”

The Women’s Boat to Gaza, an initiative by the international Freedom Flotilla Coalition(FFC) departed on a peaceful mission eight days ago, in an effort to go against the siege of the Palestinian people of the Gaza strip. 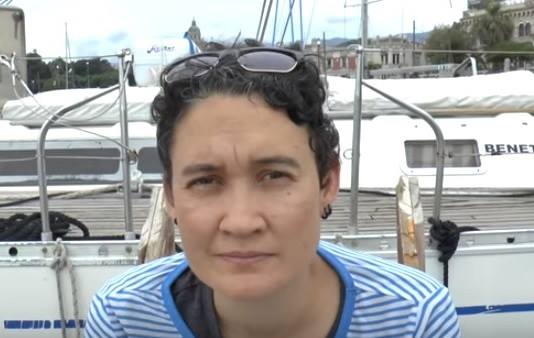 Pre-recorded SOS video messages circulated via the FFC and Women’s Boat to Gaza pages, in which all 13 women are appealing to the people in their respective countries to put pressure on government to act towards their immediate and safe release from Israel.

The Middle East Monitor, a publication focused on Palestinian coverage, reported earlier that the boat had been approaching Gaza shores and was due to arrive later on Wednesday, but Israeli navy had sent out threats of detaining the women. It was later reported that contact had been lost with The Zaytouna-Olive.

The Israeli military said, “The Israeli Defense Force managed to quickly seize the ship without causing any injuries among passengers,” this is according to a statement reported by the Middle East Monitor.