The walls have new names at Wits University. See how:

Change came to Wits University this week as the names of struggle heroes went up on buildings on campus. In 2014 WitsEFF, who were then new kids in the Wits political landscape, announced that they were aiming to change the names of buildings on campus to honour “Africa’s heroes”. The announcement, made in the Great Hall, was poorly received by the audience who thought of the idea as too radical.

Two days ago, on February 8, 2017, Wits Vuvuzela watched as each letter in the name “Senate House” was pulled from the concrete of one of the most well-known buildings on campus. Later that same day, the building was christened Solomon Mahlangu House. In addition, Central Block has been renamed to Robert Sobukwe Block.

“I think it’s important that we locate ourselves so that we know where we are sitting, we are in Africa by the way but the buildings around us do not signify that … You would think in a university where [Robert] Sobukwe lectured, that hall will bear that powerful man’s name on it,” said Wits EFF leader Vuyani Pambo in 2014. 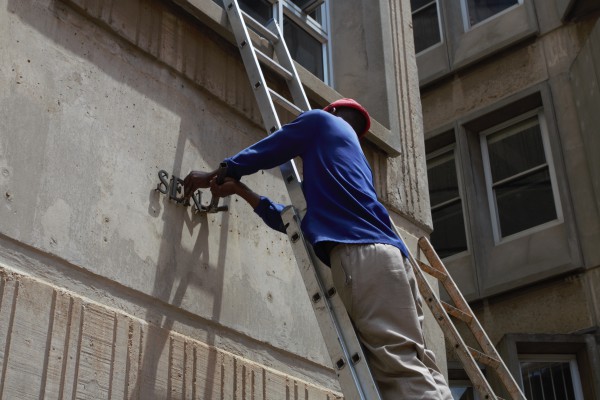 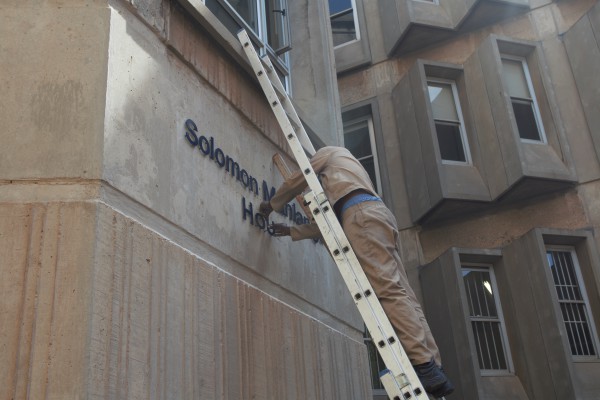