Wits Boytjies back in business 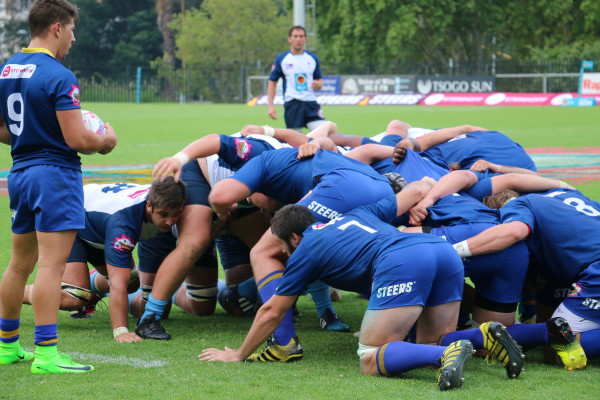 FNB Wits seemed to be back on its feet on Monday night after a rocky start to the Varsity Cup season. The home side came away with an easy victory against Central University of Technology (FNB CUT) at the Wits Rugby Stadium with a final score of 43-3.
Wits lost its first two matches of the season but dominated proceedings against the side from Bloemfontein putting in five tries. The Wits Boytjies ended the first half of the match with 22 points on the board leaving the FNB CUT at a standstill with three points.
The visitors never quite recovered and ended the match with the same three points but picked up as many injuries along the way. Man of the match, FNB Wits lock Rhyno Herbst, was awarded with a cash prize of R1500 for his efforts.
Without changing much of their strategy in this game, Head Coach of the FNB Wits, Hugo Van As, said, “We were definitely looking into being better in our execution for the night”. The team was attempting to recover from their previous outing after losing to University of Free State (UFS).
“We are still a little disappointed about our previous games because we had the opportunity to have a better performance,” Van As said.
“There are a lot of things to improve as a team if we want to be in the top four of the competition,” said Van As.
Warren Gilbert, Wits captain said, “The past three games were very disappointing for us, where we noticed that at the last 20 minutes of each game we would fade away.” This appeared to have changed in Monday night’s game with a stronger performance from the Boytjies.
“We set out as a team to re-write the history books of Wits rugby, thus the first two games was a chapter and last night’s game was another chapter in our books,” said Gilbert.