A Wits MSc student was killed in a hijacking in Braamfontein on Friday morning.

A Wits University student was shot and killed close to the institution’s main campus during a hijacking in the early hours of Friday morning. Rajesh Molose, a Master of Science student originally from the Eastern Cape, died outside popular student hangout Kitchener’s on Juta Street in Braamfontein. Molose was driving a white VW Polo Vivo which was later recovered in the north of Johannesburg in Cosmo City.

Cornwell Zulu, the owner of a local security firm which protects businesses on Juta Street, said he saw what looked like a fight at the time of the incident. “I thought there was a fight happening down the road, when I arrived he (Molose) was lying on the ground and his friends were trying to stop the bleeding from the wound.” According to Zulu, emergency services took over an hour to arrive on the scene by which time Molose had passed away.

Professor Neil Coville, Molose’s supervisor from the Wits School of Chemistry said, “He (Molose) was a good and very smart student. Rajesh did his honours degree in 2015. In 2016 he came in as a full time student doing a Master of Science (MSc) supervised by me and Roy Forbes. Through financial issues he got a job at Rand Refinery and he was doing his MSc part-time this year. He won the poster prize at the Catalysis Society of South Africa (CATSA) conference in November 2016 which is rare for a Masters student.” 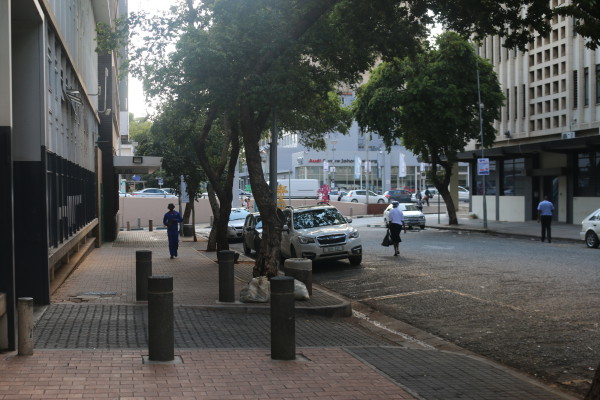 All is quiet outside Kitchener’s Bar on Juta Street in Braamfontein where Wits student Rajesh Molose was killed on Friday morning. Photo: Odwa Mjo.

According to Coville, a memorial service for Molose will be held on Friday, March 10, at 1pm, in Solomon Mahlangu House at Wits University.