A Bachelor of Arts Visual Communications graduate from the Stellenbosch Academy of Design and Photography has been shortlisted for the 2017 Sony World Photography Awards, one of the world’s largest photography competitions. 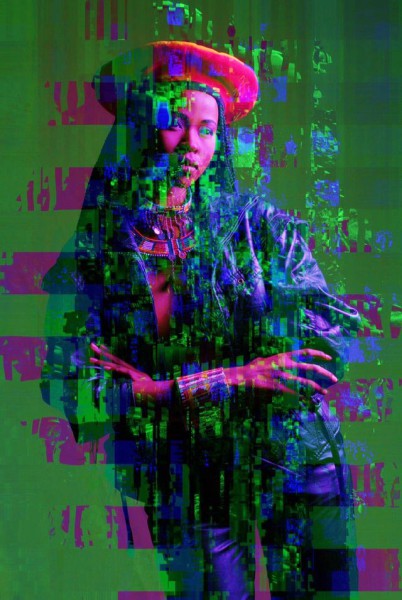 PICTURE THIS: Pride of the Panther, the image shortlisted for the 2017 Sony World Photography Awards. Photo: Provided

Cole Ndelu, 22, submitted the image Pride of the Panther, a work selected from entries submitted by students from over 300 institutions across the globe. Looking for a single image answering the brief “Memories”, Ndelu’s work was amongst 10 images shortlisted by a panel of esteemed judges.

Ndelu explored #FMF through art. Her image serves as a reminder of the student protests that have been a permanent feature in most university’s calendars. “There are no physical monuments for the students protesting against tuition fees. Therefore durable mementoes such as art work may be seen as a dependable site of recollection,” she said.

Her work, described as “original, thoughtful and brave” by Student Focus judge Andrea Kurland, is a captivating portrait of model Zana Masombuka. Describing her image, Ndelu notes that she chose to “distort, fracture and glitch the image” in an attempt to capture the #FMF movement’s transition from expressing their grievances on university campuses to using online spaces.
The distortion and fracturing also captures the “misrepresentation that can come as a result of the exploitation of platforms such as Twitter and Facebook”, said Ndelu.

Nandi Makhubela, a third-year BSc student, found the image emotional because of the “subject’s worried facial expression”, she said. According to Ndelu, “Different people may have different interpretations of my work and this is an aspect that makes art such an integral form of expression.”

However, the photographer’s intentions remain clear: to comment on the need for artistic forms that will serve as mementoes of the struggle and be an expression of how the movement still lingers on through online platforms.

Ndelu’s next round of challenges is set by the judges. She will be attending an awards ceremony in London on April 20 and, if she wins, Stellenbosch Academy will receive R400 000 worth of photographic equipment.