‘If this is your land, where are your stories?’ 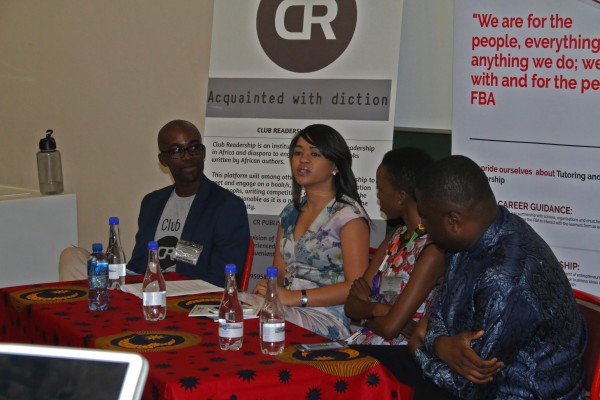 Founder Sibusiso Gama told Wits Vuvuzela that the book club was an opportunity for young and aspiring, published and non-published, writers to promote their books, to co-learn and teach other potential writers the art and ways to write African stories. Gama said the name “Club Readership” stems from a commitment towards establishing leaders who are of influence because of what they read. Gama pointed out that the leadership among Wits students was lacking knowledge about literature and African stories, and needed to expand its knowledge base in order to lead better. Literature, and more specifically reading, speaks directly to leadership and transformation, according to Gama. “If this is your land, where are your stories?’’ is a quote he heard from writer and activist, Maneo Mohale, at a graduation ceremony.

It was this quote that inspired the establishment of the club in November 2016. Giving a keynote address at the launch on Saturday, March 4, at the Wits Science Stadium, was Capricorn FM radio presenter and entrepreneur, Beth Malatji, who is the author of two books: Cultivating Wealthy Entrepreneurs and The Bootstrapper’s Lifesaving Hacks. The other speaker was Emmanuel Bonoko, founder of the Ebonoko Foundation which focuses on empowering youth through entrepreneurship. Wits member of staff, Nicole Morris, from the Development and Leadership Unit, talked about the importance of creating spaces and marketing oneself with the purpose of influencing one’s community through writing.

Also present at the launch were third year students, Palesa Mofokeng (BEd) and Nthabiseng Magajane (BCom Accounting) who said Club Readership could contribute towards reviving the spirit and culture of reading in Africa. Mbe Mbhele, a final-year law student and author of Crazy Father and Other Very Short Lies, said even though he missed the launch, he was a supporter and that the establishment of the Club was an example of building institutions for black writers. He also said the club was a platform to express the genuine identity of black people and a space that should be used to create language for blackness. For more information go to www.clubreadership.co.za.