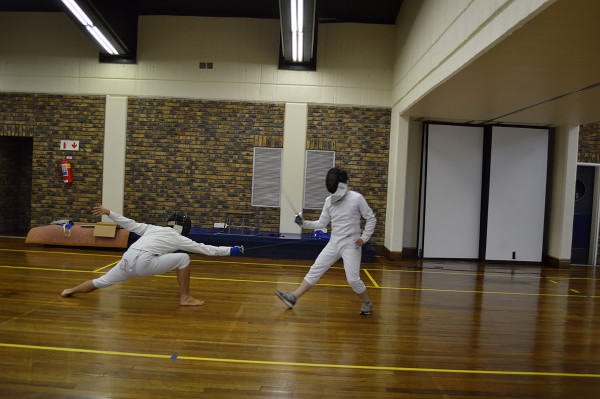 The Wits University Fencing Club hosted its first tournament of the year last weekend in collaboration with the Olympia Fencing Club.

The competitive foil tournament was the first tournament after a successful 2016, where members of the club were placed in provincial and national fencing rankings.

The tournament was hosted at Wits against one of the top clubs in Johannesburg, Olympia Fencing Club from Randburg. The club has taken on foil as a new weapon category this year which is a flexible, rectangular blade which weighs less than a pound.

The four Olympia fencers that participated are ranked in the top five provincially in Gauteng but despite this Wits still won one silver medal.

The tournament was organised as a fundraising initiative so that the club could start to generate income for equipment and help fund the more skilled fencers for national tournaments. The initiative included a R80 admission fee per person and a generous donation from Olympia Fencing Club.

The chairperson of the Wits Fencing Club, Andrea Cabanac, a third year LLB student, said “There’s competition amongst the clubs, basically, and we are trying to promote camaraderie and sportsmanship amongst them. So that was the basis of the donation.”

Natalija Cerimaj, a second year linguistics masters student and vice chair of the fencing club, said “I want to get at least one medal this year…If I can end off 2017 with at least a bronze in one event, I’ll be very satisfied.”

The club is looking forward to taking fencing forward in leaps and bounds.