This week’s cool kid on campus is 22 year old S’bonakaliso Nene, who goes by Gyre, as a proudly queer rapper. 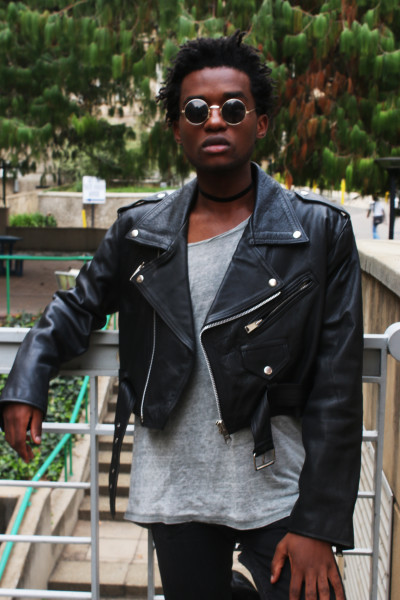 S’bonakaliso Nene, who goes by the stage name Gyre, is ready to shake up conventional masculinity as a proudly queer rapper.

The 22-year-old LLB student was born in KwaZulu-Natal and raised in Johannesburg. Nene is a rapper, musician and actor who endeavours to break boundaries and dismantle the status quo.

He grew up in what he describes as a Christian fundamentalist home and moved from a public school to a private one through a scholarship. The move exposed him to contrasting experiences.

In 2014 he was part of the Wits Music Society where he organised a number of shows and events. Nene feels that Gyre, his artistic persona, is an extension of who he is. “Gyre is fearless. Gyre is disruptive and confrontational and that is something that S’bo is not able to do on a daily basis,” Nene says.

Gyre was named as the winner of VowFM’s #UnlockingANewbie 90% to 10% competition this year and has also featured on PowerFM’s 00:00-03:00 podcast show, Power Zone with Kwena Moabelo.

Nene says that queer rap is “new, true and authentic” and he remains true to his own narrative and does not appropriate the narratives of others. Nene believes that queer rap is a new movement in itself. It is “an inclusive movement, an intersectional movement and a didactic movement,” he says.