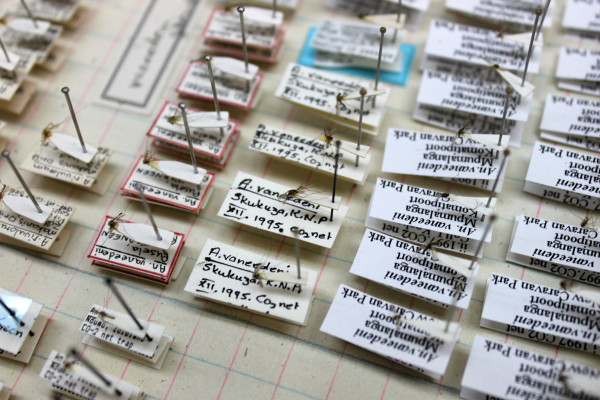 Two specimens of the mosquito were found in Mpumalanga and KwaZulu-Natal.

Two Wits University students are part of a research team who have made a ground-breaking finding into the transmission of malaria in South Africa.

Leonard Dandalo and Ashley Burke, working with the Wits Research Institute for Malaria, were closely involved in the surveillance of adult mosquitoes which led to the discovery that a particular species is a carrier of the malaria parasite. Anopheles vaneedeni mosquitoes were previously not found to be natural hosts of the disease.

Burke, a 24-year-old MSc student in Health Sciences, who was responsible for the discovery of the mosquito in Mpumalanga, said that the surveillance process involved setting up indoor and outdoor mosquito traps in rural areas which were checked monthly for specimens. The surveillance happened over a 12-month period. 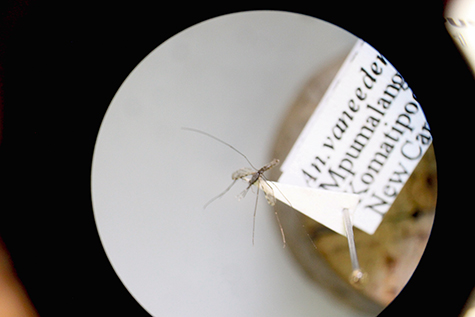 A specimen of the mosquito that has recently been discovered to transmit malaria.

Burke told Wits Vuvuzela that the initial aim of her research was to identify surveillance techniques for adult mosquitoes in two regions of Mpumalanga. Burke said that her discovery was due to her routine screening of specimens for malaria and “it was purely by chance but is extremely exciting especially as such a young scientist.” The discovery, according to Burke, is one of her most memorable experiences in the field.

Leonard Dandalo, the student responsible for the specimen collected in KwaZulu-Natal, undertook the project as a part of his doctoral research at Wits. Dandalo could not be reached for comment, as he is currently involved in research in Malawi.

Wits Research Institute for Malaria director, Prof Maureen Coetzee, said “there just hasn’t been the type of studies done in the field as the type done 18 months ago”, by the students.

According to Burke, further research into the surveillance of adult mosquitoes is currently being conducted in the KwaZulu-Natal region, however, work in the Mpumalanga region has been concluded.