They are veteran journalist and adjunct professor at the Wits Journalism department, Mathatha Tsedu; Febe Potgieter-Gqubule, a Wits graduate and, until recently, the Advisor for Strategy and Planning to outgoing AU Commission Chairperson, Dr Nkosazana Dlamini Zuma; another Wits graduate, journalist and author John Matisonn; and former CEO of Business Unity SA, Khanyisile Kweyama, a graduate of the Wits Business School. The fifth nominee is human rights lawyer, Krish Naidoo, an SABC board member until last October when he resigned, precipitating the dissolution of the board.

On Tuesday, March 14, parliament’s portfolio committee on communications recommended Kweyama and Tsedu to serve as interim board chairperson and deputy chairperson, respectively. 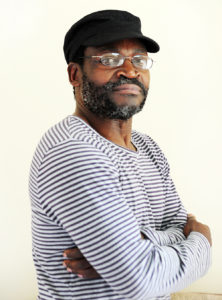 THE WITS EDGE: Mathatha Tsedu is one of the nominees for the SABC interim board.

MPs from different parties put forward the five names during an urgent committee meeting last week. The nomination process was a clear indication of the manner in which these Wits affiliates and alumni have built a solid reputation within their specific fields.

Tsedu was nominated by the Economic Freedom Fighters (EFF) and his nomination was supported by the ANC. African National Congress MP Mondli Gungubele said, “Agreement of the name of Mr Mathatha Tsedu between the ANC and the EFF was a nice coincidence.” Thandi Smith, chairperson of the Save Our SABC (SOS) Coalition said, “We are very happy that Mathatha Tsedu has been nominated as we hold him in high esteem.”

The ANC nominated Naidoo, Potgieter-Gqubule and Kweyama, while Matisonn, who is also a media studies professor at the University of Cape Town, was nominated by the Democratic Alliance.

The National Assembly on Wednesday, March 15, unanimously endorsed the nomination of the five candidates to the interim board. President Jacob Zuma now has 10 days to officially appoint the interim board members, as laid down in the Broadcasting Act.

Once formally constituted, the interim board will have a six-month lifespan until a permanent board is appointed. It will be incumbent on the interim board to implement the recommendations of the SABC Inquiry report.