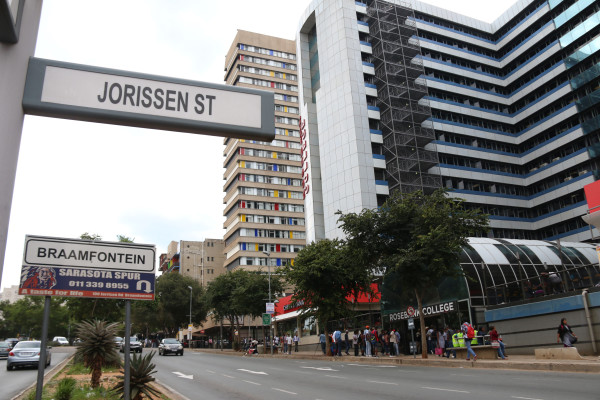 The accommodation woes in Braamfontein are ongoing following various cases of scams that have been reported to the Hillbrow Police Station and the South African Police Service (SAPS) since January.

SAPS is urging students to become aware of these scams to avoid being a target. Police spokesperson Sergeant Mduduzi Zondo told Wits Vuvuzela that there have already been over 20 cases reported thus far this year.

According to Zondo, students from various areas and provinces find several online advertisements regarding accommodation that doesn’t exist in the Braamfontein area.

“They [students] find themselves doing internet banking, transferring money into the accounts of the people advertising these sites, but when they get to the building that has supposedly been secured for them, there is nothing there.” Zondo said students involved have individually lost between R4000 to R8000 in deposits for these apartments.

Zondo warned that these fraudsters are targeting desperate students on online platforms, convincing them that if they do not make a deposit, someone else may secure the space before them.

“The fraudsters seem to know the area, because they send the right information about the building yet they have nothing to do with those buildings,” said Zondo.

Victor Mabunda, 22, a fourth-year student has already been a victim of this scam in Braamfontein. Mabunda was conned out of more than R8000 as he tried to find accommodation in the area. He has been able to settle in the area, but the investigation is still ongoing. He said there had been no progress. “Last I heard from them my case wasn’t even assigned to any detective,” Mabunda said.

SAPS says it will be putting up pamphlets and using various print media platforms to raise more awareness surrounding accommodation scams in the Braamfontein area.