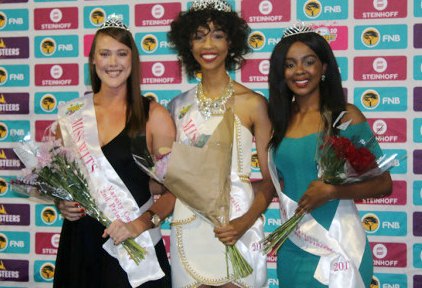 Lombard will join the winners of other campus competitions in the national Miss Varsity Cup finals in the middle of next month. Lombard says she intends to start up a sanitary pad drive at Wits University for easy accessibility for females at the university during her term as Miss Wits Varsity Cup.

She says she is confident about the next stage of the competition. “I’m also nervous about that but I feel like because I come from Wits, the best university on  the continent, I have that advantage so it won’t be that hard.”

First princess, Tumi Pitswane said that she is proud to have finished where she did in the competition and she is also “so proud of Palesa”. The second princess was Rhode Potgieter,a  4th year BEd student.

Palesa Lombard spoke to Wits Vuvuzela about her win: