Korean student gets the Wits edge

SEHWA YOO has travelled about 13 000 kilometres from his home in South Korea to realise his dream of studying at Wits University. Yoo is a comparative folklore student from Chung-ang University in Seoul.

“As a student studying culture, I want to be in a totally different country and experience Africa, which has always been a dream. Students have a lot of opportunities here and I want to do everything I can as a student,” says Yoo. He says he chose Wits because it is the only partnership university in Africa with anthropology as a major.

Yoo is currently studying third-year Anthropology, first-year IsiZulu and second-year Archaeology. “I am satisfied with this atmosphere. I prefer this system because there is more time to study and the work is manageable. However, it is still a challenge because of the English [proficiency],” he says. About his impressions of South Africans, Yoo says “People are open and very easy to talk to. It is different in South Korea where individualisation is very big and you’re guaranteed your own space. Here there is team spirit. The social clubs are diverse and you get to mingle.”

He says he went through a two-and-a-half year struggle to complete the admission process to come to Wits. “There are too many departments to go to and go through” before anything is approved. In 2014 Chung-ang University refused his initial application request due to the Ebola outbreak in parts of the continent. “There is not much information on Africa. In South Korea, Africa is considered poor and dangerous … My parents were really worried,” he says. Yoo also initially received a low TOEFL score, the English language competency test which delayed his application but he eventually managed to pass. 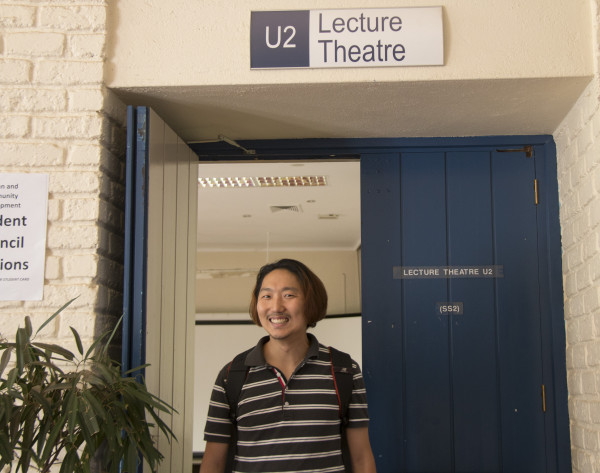 Yoo’s opportunity to study at Wits was made possible by the university’s internationalisation programme which functions to facilitate partnerships and exchanges with international institutions. Wits International Students Office Programme Administrator Masego Bosilong said the exchange programme impacted students greatly and they “experience a lot of personal growth. The students learn educationally and it is fulfilling for them meeting new people and making beneficial academic connections”.

Yoo said he recommends the exchange programme because, “One can learn the world in a different perspective and get a chance to look toward to the self”.