The Wits Hockey Club will be hosting both the World Hockey League semi-finals and the Universty Sports South Africa.

THE WITS Hockey Club will be hosting the University Sports South Africa (USSA) and the prestigious World Hockey League (WHL) 3rd round during the 2017 season.
The tournaments will be hosted at the Wits Hockey grounds at Education campus. The tournament is an annual event hosted around the world and will take place from July 8-23 this year. The dates for the USSA hockey are yet to be confirmed.

“This is truly a wonderful opportunity to showcase our beautiful facility and our great university to the world’s top hockey players,” says Wits hockey coordinator Erika Venter.We put together a great hockey programme and included all the new and exciting hockey players coming to join us in 2017. February and March saw us competing in the Elite Club Challenge. Wits Hockey is also hosting a top-quality hockey camp for aspiring junior hockey players,” says Venter on the preparations for the season.

The men’s 1st team coach, Ricky West believes the tes preparation squad are going well so far. “We have had great preparation thus far. We participated in the Presidents Cup where we ended 3rd. We are busy with our conditioning programme and our guys are looking strong. We have adopted a new formation which is working well for us. 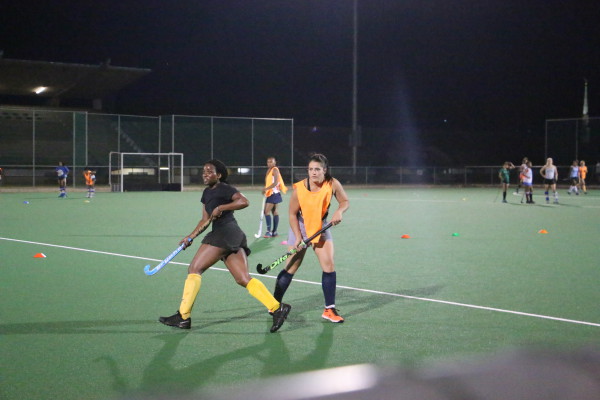 PUCKING IT: The Ladies’ 1st team at a practice session

We have recruited really well and we have a great coaching staff that gels well with the quality players we have.”
This will be the second season of West’s tenure as head coach of the men’s 1st team after a successful 2016 season. The team won the B section and successfully advanced into the A section for the 2017 season.

“I have thoroughly enjoy the challenge of rebuilding Wits Men’s Hockey. It has only been one year and we have already made big strides towards our goal of being a top university hockey programme. In 2016 many teams we played against underestimated us and, in a short space of time, we proved that we are a serious outfit to contend with.
Reaching the Varsity Hockey semi-final was a fantastic achievement for us and we have to prove our worth in USSA later this year,” said West.
Both the men’s and women’s teams will be competing in the A division this year.

Venter hopes for better support from Wits students at the events this year. She also hopes that some of their team members will make it onto the team representing South Africa at the World Hockey League.