Electic Journey is nothing short of an emotional rollercoaster, moving the audience through every note. Petersen describes his music as “primarily rooted in strong South-African jazz”, although different sounds like classical jazz are incorporated into compositions. Coming from a family of musicians, discovering his passion was natural and inevitable for the award-winning pianist. “It was something that happened organically … I was never forced to practice music”, he added with a broad smile on his face.

Despite his exposure to music from a young age, Petersen discovered jazz a little later in his life and he says he started playing it more seriously at university in the late nineties. Petersen says he was attracted to issues of identity, especially given the poliltical climate of post-Apartheid South Africa. “Things were still fresh and there were not too many people of colour on television, I was still part of the generation that had one foot in the past”. For Petersen, jazz served as a cultural voice for Coloured people. He says though, that jazz is for everyone because “it has a spirituality and a vibrancy to it that doesn’t have to racialised.” For Petersen, jazz was an expression of coming together in democratic way. 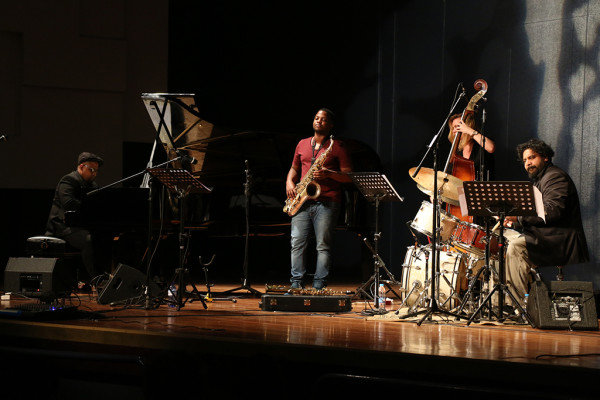 Petersen says that apart from the people that he grew up with, church and his faith is what influenced him the most. Growing up in a Muslim neighbourhood and being a Christian, the intersectionality of race and faith in the Cape, his original home, “is model to how you can co-exist with your differences in the forefront”. Using Ahmed Kathrada’s funeral as an illustration of how difference can come together, Petersen added that “we have people of different faiths, there was a Christian minister speaking at a Muslim funeral and that can only happen in South Africa”.

Reflecting on his musical influences from the older generation, Petersen highlights that “the sense of affirmation for young musicians is very important.” He is adamant about the crucial role of mentors to young musicians; “The voice of a mentor or someone you respect can crush you or uplift you.”

These are the values Petersen brings into the classroom at WSOA.  “Somethings are caught not taught, that is why it is important in the arts to come out … you have to hear it and feel it”, he said talking about the teaching and learning dynamics of music. “It is about your heart, your sense of love and trying to share something with people”.

Asked to say what he is currently listening to, Petersen gazes around the room, trying to pick a favourite but instead says, “I feel like a kid in a musical playroom!”.

“I listen to everything, I take from everything as I am trying to grow into myself”.