Witsie is a woman of stature

A PhD fellow in the School of Public Health has won a prestigious award for her professional work.

A Wits student has beat out top academics to win the 2017 Woman of Stature (WOS): Woman of the Year award in the healthcare category. Shakira Choonara received her award at the Emporer’s Palace in Johannesburg last month.

Choonara, a doctoral research fellow in the School of Public Health beat two other candidates in the final to claim the award. Choonara was recognised for her advocacy and commitment to improving health systems and access to health care. Choonara’s research interests focus on health systems and policy research, gender-related issues and political systems.

Choonara said, “the nomination process itself was extremely humbling and I felt truly honoured”. Choonara also said, ” it was a huge and welcome surprise to win the award”. 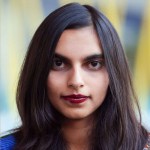 Shakira Choonara is the 2017 Woman of the Year in Healthcare. Photo: Provided.

In 2015 Choonara was named as a European Union Development days’ young leader for Health while in 2014 she was selected as an Emerging Voice for Global Health.

She was also featured on the Girls Globe for this year’s international women’s day. The two other finalists in the category for healthcare were professor Carol-Ann Benn and professor Natalie Schellak.

Benn is the founder and head of the Breast Health Foundation while Schellak is an associate professor and course leader at the Sefako Makghato Health Sciences University with a PhD in pharmacy.

The Woman of Stature awards features 30 nominations across nine fields, which include business, education, and media among others.