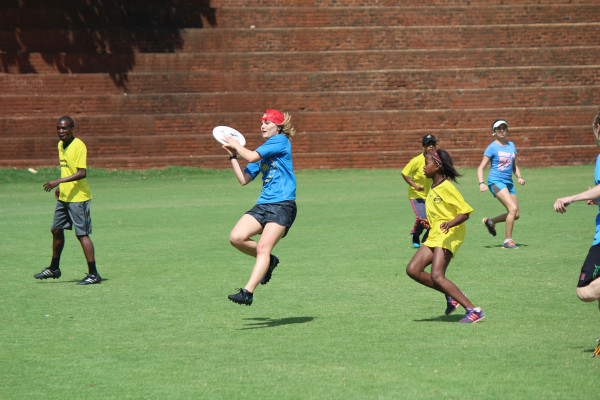 The Mixed Nationals is the biggest ultimate frisbee tournament in South Africa, with 16 teams from across the country in participation. The tournament is the most important on the team’s 2017 calendar, because the winners will qualify to compete in the international ultimate frisbee competition.

The team has been putting in extra practice sessions in preparation for the upcoming tournament with former Voodoo Kudu players. According to third year BCom student and the team’s chairperson, Paul Nussey, the former players are sharing their expertise and knowledge with the team because a number of them are in the national team.

Vice chairperson and second year BA student, Tshepo Thaela said that the team is also preparing for the tournament by getting into “the right head space”.

The difficulties that the team expect could occur during the tournament include issues of experience. “We’re a university team which has a higher turnover rate and there are clubs in the country which have had people playing together for almost 10 years,” said Nussey.

He further said that their goals include winning a couple of games and to challenge the more experienced teams.

“We’re on the up now and we’re definitely one of the better teams that Wits has had,” said Thaela.The Voodoo Kudus will participate in Roctober, another big national tournament in October this year.