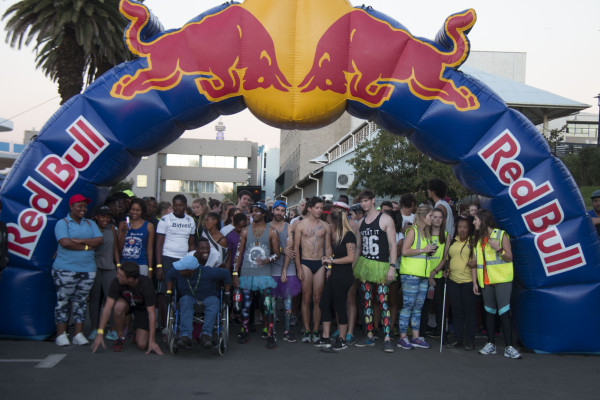 THE WITS Sports Council and the Disability Unit (DRU) hosted the Wings for Life demo run, in collaboration with Red Bull on Wednesday April 19 at the Wits Science Stadium to raise awareness for the upcoming Wings for Life World Run to be held next month.

Wings for Life is a non-profit research foundation for spinal cord related diseases. The Red Bull student brand manager.Chipo Kamukwamba says that “The Wings for Life and Red Bull founder, Dietrich Mateschitz, had a personal relationship with someone affected by a spinal cord injury and decided to start the foundation because of his access to resources and Red bull’s status as a global sporting brand.”

This is the second consecutive Wings for Life demo run organised by the sports body. The Wits Sports Council Development Officer, Takudzwa Chinamatira said they were approached the previous year by the Red Bull team to host the event. This is the first year that there was full collaboration between Wits Sport, the DLU and Red Bull.
“The demo run is aimed at creating hype around the main event and make students aware about the reason for the Wings for Life run, which is to raise funds for spinal cord diseases,” he says.

The DRU’s participation in this year’s race was on an invitation from the Reb Bull’s Kamukwamba. Tish White, an administrative assistant at the DRU felt that their participation in the event would be a good opportunity not only to raise awareness for the issues faced by the disabled staff and students, but also to create more engagement with the university community. “The project is absolutely pivotal in the work that we do particularly with our students stakeholders. It is not just because of the symbolism for the university community, but also to have the able-bodied community members to participate in the race and engage with the disabled community is crucial to keeping our staff and student stakeholders as visible as possible,” she says.

This year’s event attracted 227 participants including some sports teams and Wits. This was an improvement from the previous race, which had an attendance of around 100 participants. The race was won by Knockando residence chairperson, Sibusiso Ngcobo. The Wings for Life World Run will be held on May 7 in Centurion.