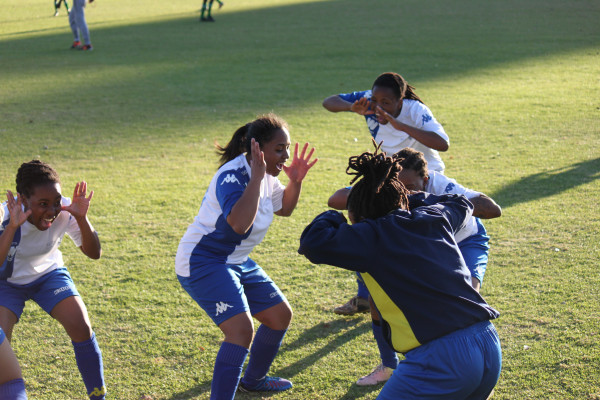 Wits Ladies soccer team had a strong start to their season at Sturrock Park, with a 3-1 win over Midrand Ladies FC on Saturday, April 29.

The first half saw a slow start for the Wits Ladies with the opposition dominating the early possession. The Witsies had only one unsuccessful attempt at goal coming from striker Tshegofatso Maloka. Midrand Ladies FC manged to register two shots on target. The first half ended goalless with the teams retreating to the side lines to discuss their strategies for the second half.

The Wits Ladies emerged a much better outfit in the second half, dominating in ball possession and opting for a more aggressive strategy, which resulted in the first goal of the game being scored by Maloka. The away side responded with a goal later in the half, however, a goal from Wits attacking mid fielder, Matokoloho Williams, re-gained the lead for the home side. 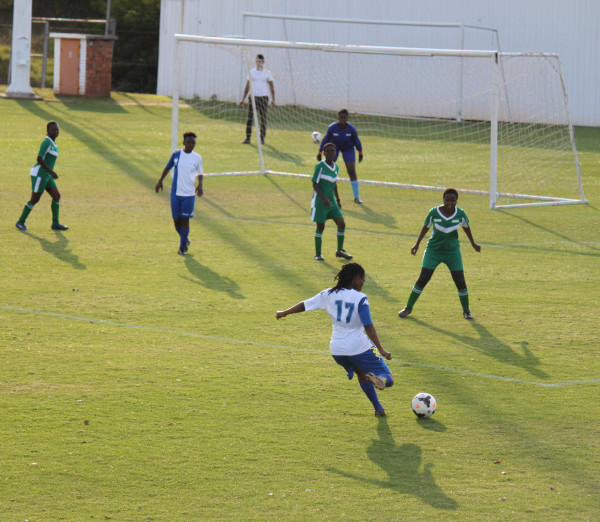 The Wits side scored three goals with one being an own goal from Midrand Ladies FC.

The final goal of the game was an own goal, netted when an on-target shot by Maloka was blocked but the attempted clearance ended up in the defending team’s goal, resulting in a final score of 3-1 to Wits.

The Wits Ladies were initially set to open their season with a match against Einhoven FC on Wednesday, April 26, however, this team withdrew from the league.

The team’s manager, Marcel Kutumela, was full of praises for the effort against Midrand Ladies: “It was the first official league game so we had a shaky start, but it went on to become a job well done to the team.”