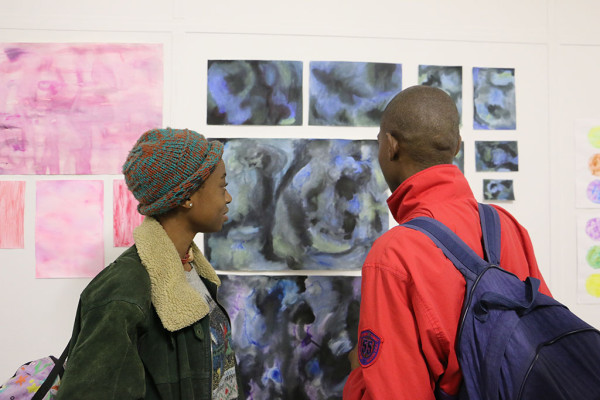 Fine Arts students at the Wits School of Arts (WSOA) hosted their first open studio exhibit of the year on Thursday evening showcasing the body of work they have produced this year.

The event, held at the WSOA studios, gave the students an opportunity to showcase their work to the Wits community and the general public. The work of the students varied in terms of creativity with a focus on a broad spectrum of social, psychological and political narratives.

Kim Van Vuuren, a fourth year Fine arts student whose work was themed “obstruction of dreams” said, “Showcasing is important because it gives us experience … This is an opportunity for people to view our work because feedback is a really important for us as artists”, she said.

First year Film and Television student Leselo Tauatswala was one of the many people who attended the open studio and felt that it is important for the Wits community to attend events of this nature “… because art is a humanising thing and art illicits a certain emotion”, he said.

Some of the art work, such as that of fourth year student Talia Naicker which focused on the #FeesMustFall and the various narratives that were dominant during the movement, was visually striking with the use of spoons and written text.

Another attendee, a first year student Beneccia Simelane, said that she was intrigued by the way that Naicker was able to visually interpret a social issue as such as #FeesMustFall through creativity.