Wits students went on a 24-hour fast in solidarity with Palestinian political prisoners. 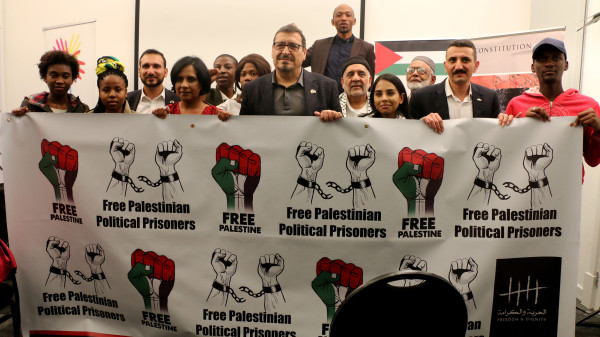 The Wits Palestinian Solidarity Committee (PSC) and other organisations engaged in a 24-hour fast earlier this week in support of and solidarity for about 1600 Palestinian political prisoners who have been on a hunger strike against their conditions in detention since April 17.

The fast ended with an event that was hosted by a number of organisations including the Palestine Solidarity Alliance and the Ahmed Kathrada Foundation at Constitutional Hill on Wednesday evening.

“Stats show that on the 17th day (of a hunger strike) your body muscles break down, you can’t actually walk and you lose function. I can only imagine the excruciating pain that they are going through right now when I’ve only fasted for 24 hours,” said Mangera.

The event’s discussion was focused on Palestinian children in detention with talks from the Palestinian ambassador Hashem Dajani and University of Pretoria head of the Department of Speech Therapy and Audiology and the South African representative at the International Prisoners’ Conference, Dr Sadna Bolton.

Secretary-general for the Congress of South African Student (Cosas) and TUT student Khulekani Sikhosana said the struggles of the Palestinian people should be known in South Africa. “We as democratic South Africans are saying that we must fight ignorance and educate young people in South Africa about the realities which are taking place right now,” said Sikhosana.