Wits interfaculty rugby off to a smashing start

The Wits interfaculty rugby gets well underway as teams battle it out for the top spot. 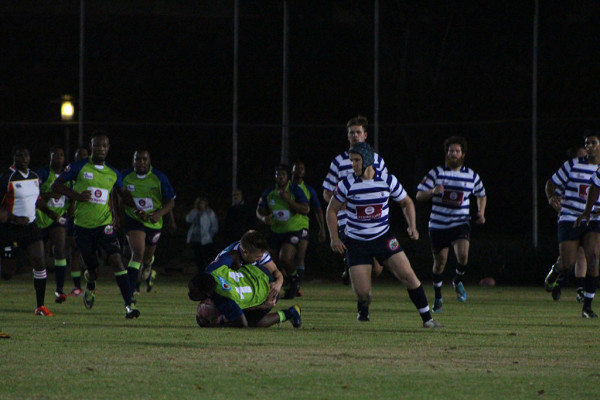 THE STEINHOFF Wits internal rugby league kicked off with an exciting start over the past two weeks as teams fight for a place in the next season of the Varsity Cup.

The Internal Rugby League (IRL) comprises of seven different teams which are contested between faculties, residences and societies. Each team competes every Wednesday night at the Wits rugby stadium for a series of eight rounds before heading to the finals on August 30.

Last year’s champions, the Steinhoff Humanities Titans, will be looking to defend their title as they take on all the fierce competitors for this year’s top spot. Unfortunately the Titans did not get off to a great start as they lost their first game to Steinhoff Junction on April 26, which now places them at the bottom of the log.

Ntsikelelo Ngcakana, the co ordinator of the IRL, said that this is really an opportunity for students who do not have the time or inclination to play in the more competitive league to showcase their talents on a Wednesday evening in front of their fellow students.

“This league [IRL] allows players who can’t play for the main club to express themselves,” said Ngcakana adding that it is also a means of identifying players to play for the main Wits rugby club in Varsity Cup.

The third round of the league will be taking place on May 10 at both the A and B Wits rugby stadium fields. The league of seven teams wraps up at the end of August.