A former Ruth First Fellow has been accused of physical abuse. 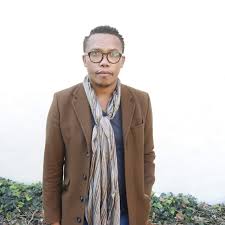 TWO WOMEN have in the last week accused a Wits University student and prominent arts journalist of physical and emotional abuse. They are the first to publicly put their names to the accusations.

The first allegations against Lwandile Fikeni, the 2015 Arts Journalist of the Year and a 2016 Ruth First Fellow whose paper focused on violence and rage, were made on social media last week by Chumile Goqwana, his former partner.
Goqwana made her comments during Twitter discussions about intimate partner violence following the much-publicised murder of Karabo Mokoena and revelations of a spate of violent incidents against young women across the country.

“I dated your fave years ago, guy who won art journalist of the year 2014, I think. Beat me so bad once,” Goqwana tweeted.
Fikeni, 33, MA Creative Writing, says he is currently consulting with a lawyer and cannot comment on the allegations until advised.
Goqwana alleges that the first of three incidents of physical abuse during their year-long relationship was in 2008 after she had celebrated the New Year with her friends against his wishes.
“It was raining when I got back and he told me to get out of the house. He dragged me by my leg and I ended up sitting in the car for hours and eventually fell asleep,” she says. She adds that he was remorseful and the relationship continued.

The second incident was allegedly after Fikeni discovered a conversation with a close male friend on Goqwana’s phone. “When he put the phone down, he slapped me and every time I tried to get up, he would slap and punch me. He then got a bottle of wine from the kitchen, followed me as I ran to the bathroom and told me he was going to kill me. I was in pain and bleeding on the carpet. I didn’t sleep that night,” she says.

Goqwana says that Fikeni was remorseful once again and even called her workplace the next morning to tell them that she was sick. “From then on, I was in a very dark place and I did not know what to do because I was isolated from everyone.” Goqwana says that it was in June 2009 that she decided to leave and stay with her cousin.
She alleges that the last incident of physical abuse came during an attempt to retrieve some of her belongings from the apartment they had shared. She says she had an altercation with Fikeni in the parking lot of a Pick n’ Pay when she tried to get keys to their apartment from him. “… I tried to grab them (the keys) from him. He then started hitting me in the parking lot of the Pick n’ Pay at Peter Place in front of people until a lady named Laura called the police”.

Neo Maditla, a freelance journalist in Johannesburg, alleges that her sole experience of abuse from Fikeni happened in Cape Town after the end of their relationship three years ago. “On the night before I moved back to Joburg, we had a massive fight and he bashed me against a wall in his room, so hard it felt like my teeth would fall out the next day.” She describes sitting on the train back to Johannesburg the following day in pain. “He said to me, and I guess his sympathisers, that he had just gently pushed me to my side of the bed and I fell over. He was so remorseful and kept telling me that he is going to therapy, so I was glad that he was seeking help.”
Both women confirmed that they did not lay any charges against Fikeni. Maditla said she was leaving for Johannesburg the day after the incident and Goqwana says she just wanted to leave the relationship and move on.

Goqwana says that “The reason I decided to come out with it now is because I keep hearing these whispers and stories. For me, the worst thing is that this person is actually doing lectures on violence and is being hailed as this male feminist.”

“For a lot of years, I’ve been talking about abuse and what I went through, but last week was the first time I actually mentioned who it was that had been abusing me although a lot of my friends knew,” Goqwana says. She adds that areas such as Braamfontein are a no-go for her because she fears the possibility of running into him.