Mtombeni won the award for a mixed-media installation entitled Introspection by Video to Vuyani, which she described as a letter to her uncle, Vuyani, who is her artistic inspiration.
The students were asked to submit work based on the theme frequently asked questions in society and artistic spaces. “I took a direct approach to the theme and I came up with frequently asked questions that I thought would speak to the artist rather than the artist’s work,” said Mthombeni. 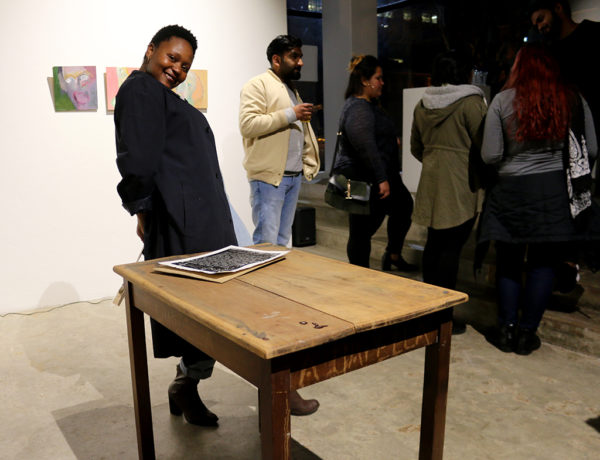 2017 winner, Yolanda Mtombeni’s letter to her uncle,Vuyani,  is a mixed media installation that speaks directly to the artist. Photo by Gypseenia Lion

First Runner up, Simnikiwe Buhlunhu invited individuals to listen to archival tapes from the 1977 arts and culture festival in Nigeria. Her project, FESTAC_77 (everything else is in Lagos), is a multimedia installation that “retells the narrative of the festival that happened 40 years ago and what it means to locate this archive here [in South Africa], in the pan-Africanist context”, she said. 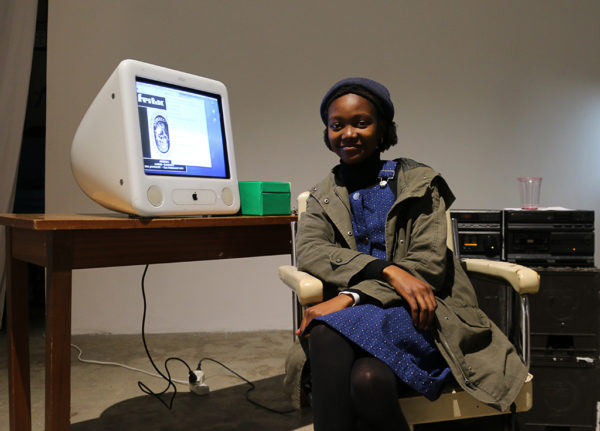 Allysa Herman, the second runner-up, recreated a kitchen space mixed with objects that are not usually found in the kitchen. “My work consists of multiple components, some embroidery and I made paper using my pubic hair. I tried to recreate a space where I had conversations that shaped me,” she said. For Herman, Untitled, is a reappraisal as well as a rejection of the things she has learnt from the women in her family. 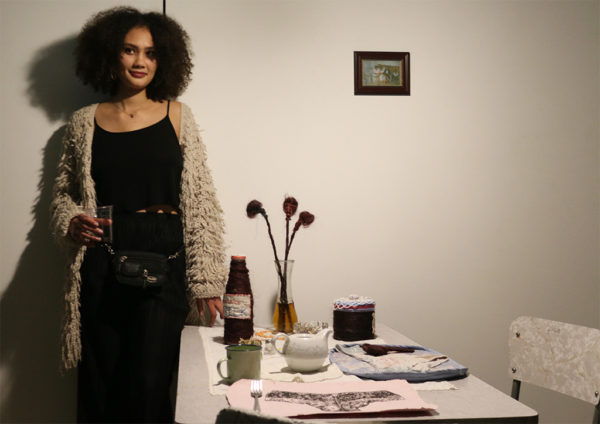 Untitled, is an installation by runner- up Allysa Herman brings elements that are not discussed at the table to the fore front. Photo by Gypseenia Lion

Third- and fourth-year fine arts students were invited to submit proposals or artwork for the Wits Young Artist Award, which were then selected by the curators of the exhibition, Tshegofatso Mabaso and Thato Mogotsi.

Ten fine arts students were shortlisted after submitting a proposal to internal judges who then selected the top 10 students who showcased their work.
“The notion of frequently asked questions is one that invites a series of considerations and we were both very impressed with the way in which each artist was able to wrestle with the brief. The artwork in the exhibition is all incredibly strong,” said Mogotsi.

Filmaker Terrance Nzuza said he appreciated the element of shock in the artwork presented by the students. “It is a continuous journey for artists and observers, we learn whenever we experience art. Art and life is difficult to separate, and the students are doing some self-criticism which also reflects on social conditions and how society is. Art is important for everyone,” he added.

The Frequently Asked Questions exhibition is on at the Point of Order gallery, Corner Bertha and Juta street in Braamfontein until August 12, 2017. 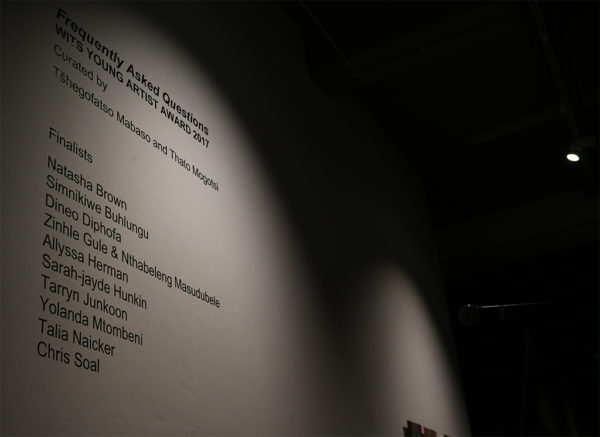