Working on a foundation which aims to empower young girls who want to work in the arts, Gigi LaMayne proves that writing bars is not the only thing she is passionate about.

Yes, women have to work almost 10 times harder than their male counterparts. That’s true for female-rapper, Gigi Lamayne, whose thinking out of the box has become the key ingredient to her rising success. 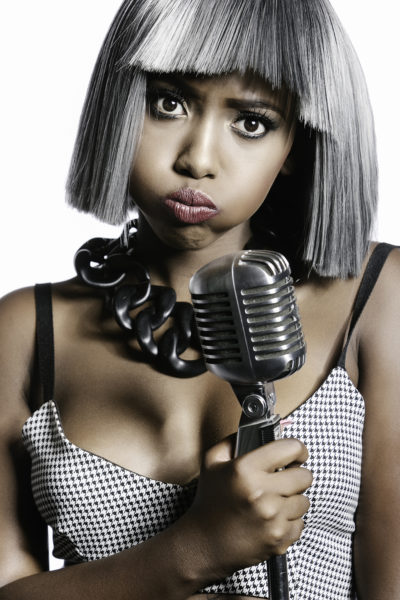 Wits alumnus Genesis Manney, with the stage name Gigi Lamayne, will be the opening act for US hip hop group, Migos, at its international Culture Tour in October.

Lamayne will be sharing the stage with other South African artists including the likes of recently BET-nominated rapper, Nastcy C. The opportunity is a gateway for bigger things to come.

“I feel the pressure of giving my best, but I am more excited that I will be sharing the stage with local artists,” the Lenaisa-born artist said.

After spending most of her time in the studio, hungry and eager to work, Lamayne is always on the lookout for new opportunities and inspiration.

“I love what I do, so my life is intertwined with my work. Even when I watch a movie, I am always looking at what visual knowledge I could add, because I love what I do, everything becomes fun.”

Lamayne graduated from Wits in 2016, with a Bachelor of Arts degree, majoring in media and anthropology, where she became the top third year student in the class of 2016 while pursuing her passion for music on the side.

Media and music are a perfect fit so, “If you are able to merge your passion and education, do it!” she said.

Writing bars is not the only thing LaMayne is passionate about, she also has a love for philanthropy, seeing a gap in mentorship for girls who want to break into the hip-hop industry.

According to her best friend, Tholakele Skhosana, consistency and a genuine character is the foundation of their friendship turned-sisterhood.

“We met in our first year in varsity. We were both early for class, so we had no choice but to talk to each other. She sat next to me and we hit it off,” Skhosana told Wits Vuvuzela.

The pair support each other through everything with a relationship dependent on honesty.

“We’ve always been honest with each other. When she has a mix tape and asks for my opinion, I’ll listen to it and give her my honest opinion, and it works both ways,” said Skhosana.

An aspiring hip-hop artist, Sevanah Adonis, says she respects Lamayne for her work ethic and her way with words.

“Seeing that there are not a lot of upcoming female artists with raw talent, Gigi is someone I look up to. She brings whatever is needed to the table and that’s what makes her so dope,” Adonis said.