With a good turnout, the club managed to fundraise about R3 100, which they will be adding to funds they have raised throughout the year. “We have a sponsor, called Donate a Piece, that sponsored the [winners] prizes. In order for players to play, they had to pay a registration fee and that payment is the source of us raising funds,” said Ncedo Buthelezi, the Wits chess club chairperson.

Buthelezi added that sometimes it can be a challenge to communicate with Wits Sport in terms of funding. “The fundraising tournament is for when we have major events like the University Sport South Africa’s that have passed. We needed to fundraise for more equipment and transport for the Gauteng league. Not really struggling to get things done
as a club but there is a bridge, where it’s [sometimes] difficult to communicate with Wits Sport. The way of channelling money is a bit of an issue,” said Buthelezi.

Resonating with Buthelezi the chess club communication and media committee member Roberto De Abreu said, “If you want money, it takes a while to get it.” 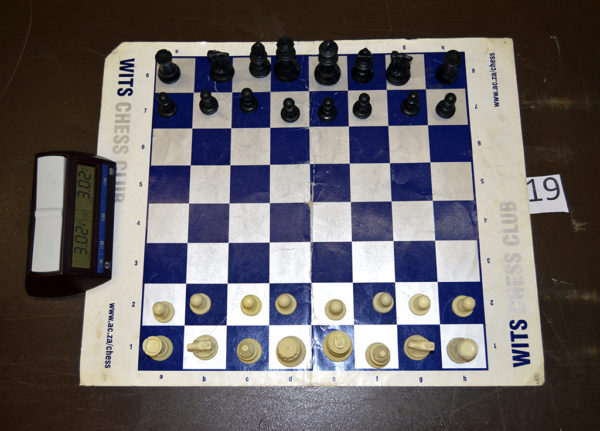 Wits Sport chess officer, Tebogo Rabotata, said there are specific university processes in place for any club to get funding. “Because chess is not a high performance sport, it is [mostly] self sustaining like any other recreational club. They have no specific budget but get support from Wits Sport to get things that they need to get done that are beyond their reach,” said Rabotata.

But in the interim, while the club waits to receive funds from Wits Sport, the club raises more money through hosting other small tournaments.

The Open Chess Blitz Tournament had 11 rounds of intense, three-minute blitz games, where after all the rounds and results are collected, the winner is chosen by the number of games they won out of the total number of rounds.

“To win knowing that everyone gave it their all is humbling,” said Tlale. “Blitz is always challenging. I have to make sure I don’t run out of time, that I analyse concretely and that I play the right move and I win,” she added. The club is preparing their three teams for the Gauteng league taking place at the end of September.