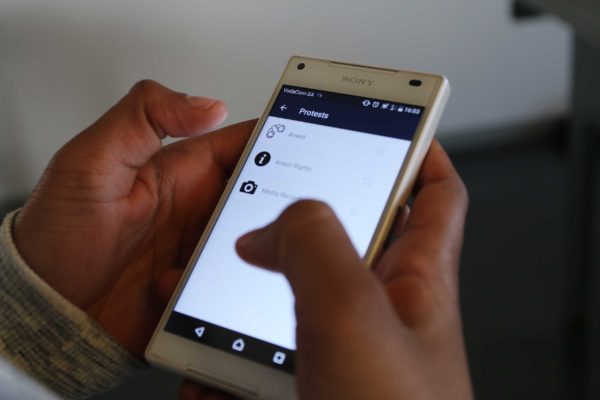 Students from Wits University and the University of Cape Town (UCT) collaborated to create a free app which provides basic legal information for South Africans.

The app was launched this month and took seven months to create. Drawing inspiration from the #FeesMustFall demonstrations, the app focuses on the arrests of students and what they saw as an abuse of law.

“A lot of students were being arrested without knowing their rights and being able to call out police officers for not following the right procedures. We believe that this app would have helped these students,” said de la Hunt.

The students used current legislation as a source of information for the app. The founders also reached out to various groups such as the Right2Know campaign to gather viewpoints about rights that are unclear to citizens.

Working with students from their respective campuses to help develop the app, de la Hunt and da Silva funded the project with money received from part-time jobs.

Wits Vuvuzela spoke to BA Honours in Media Studies student, Princess Khumalo, about the app and she said, “It is a great stride for student entrepreneurship and students in general, most especially in these tense times where young South Africans have become more and more vocal yet are not always able to defend themselves legally if necessary.”

The students believe that South African citizens are vulnerable to being taken advantage of so they feel the app will be useful.

The South African Constitution states in section 9, subsection 1 that “everyone is equal before the law and has the right to equal protection and benefit of the law”.

We realised that this ideal is not being achieved due to many South Africans not having access to their rights when encountering legal problems,” said de la Hunt.

Legal Mate is currently available for download on the Android Play Store and iStore.