Hard Talk series focus on the liberation movements in Africa 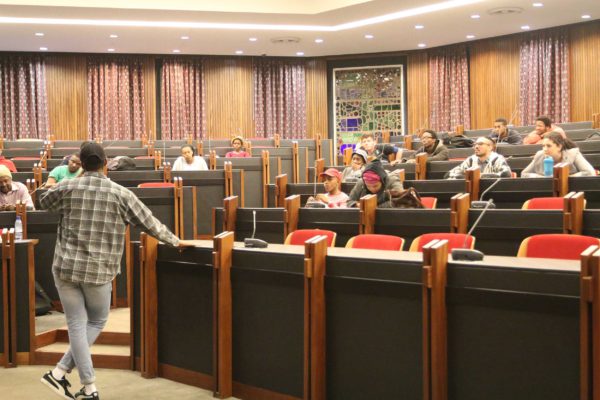 The Wits Debating Union (WDU) and the Centre of Diversity Studies Hard Talk series looked at ideas of liberation on Tuesday evening. Discussion centred on the idea that liberation is not a fixed phenomenon but an ongoing process. The topic of the debate was themed Nation Defined? and tackled issues around liberation movements and their transition to political parties.

Titus Masika, who was the moderator, posed the question that sparked an hour-long discussion about how liberation movements become political parties in Africa.

Jafta Kholisang, who attended the talk, said that when a liberation movement decides to fight an oppressor, its intention is to overthrow the oppressor and be in power. The ANC was used as an example in this case. He also raised a point that liberation is not finite and that it is a process.

Postgrad LLB student and treasurer of WDU, Tristan Marot, told Wits Vuvuzela, “The WDU is centred on debating and the discussion and promotion of different ideas. Hard Talk is essentially an extension of that to a more public and a more accessible platform.”

Second year BA Law student and events manager of WDU Veli Mnisi said the topics for the series were brainstormed with the Centre of Diversity Studies.

“I think it is necessary to take the rhetoric and jargon outside of our lecture rooms and actually try to put it into practice as far as we can, finding solutions to the problems that we bring up,” said Mnisi.

The open debate is part of the annual Hard Talk series hosted at Solomon Mahlangu House where each audience is given a topic to discuss on an open floor.