Creating a student generation free of HIV and Aids 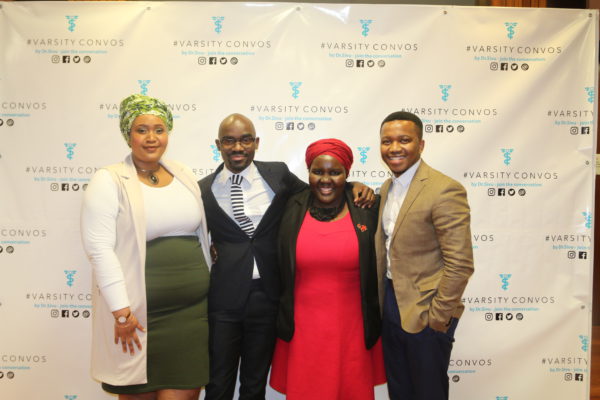 The first #VarsityConvos discussion, which took place earlier this week at the Wits Solomon Mahlangu House, focused on HIV/Aids awareness and the risky behaviour students engage in that increases their chances of contracting the virus.

On August 28, Wits alumnus Dr Sivuyile Madikana, who hosted the discussion, said the stigma around the virus makes it difficult to talk about.

The first step to getting rid of the stigma is to create environments that allow people to understand the magnitude of the virus in South Africa. “Two-thirds of the HIV population in the world is from sub-saharan Africa, therefore, 75% of everyone who is HIV positive is from the region we are in,” said Madikana.

Special projects editor at the Mail and Guardian Zamantugwa Khumalo highlighted the importance of getting tested. “We live in a world where there is a lot of hook-up culture and we need to get to a point where using self-testing kits in such situations is not considered awkward,” said Khumalo.

Second-year BA Social Work student Thami Mametja said that conversations about HIV/AIDS among young people should take place but they should be more relatable to the audience. “If you are going to tell me it’s going to be a seminar on HIV, I know those things, I can research about it, but if we are going to have fun activities and engage, people are going to have fun,” she said.
The audience was encouraged to have candid and honest conversations in their social groups about HIV/Aids. Panel member, Dr Musawenkosi Mthombeni said that to create an HIV/Aids-free generation “we need to stop new infections from occurring” and always make conscious decisions in our daily lives to remain HIV negative.

Musawenkosi said that more awareness campaigns are needed in higher education. A panel member, Basetsana Magosi, talked about the encounters she has had with students. She told Wits Vuvuzela that students don’t know about the help they can get from campus health.

Magosi also encouraged people to have conversations about safe sex. This would make it easier for people to get tested on a regular basis.