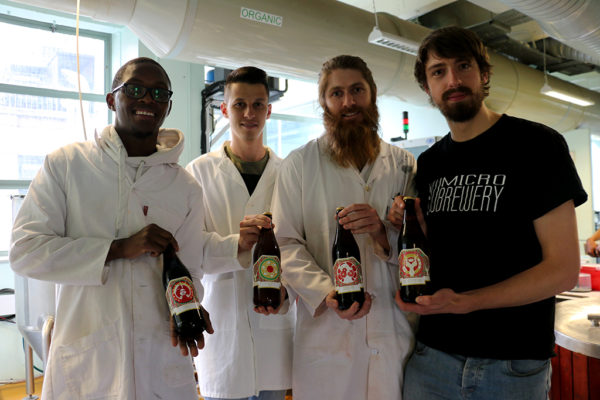 CHEERS TO THAT: Wits Microbrewery members with their award-winning beer. Photo: Chulumanco Mahamba

Seventeen tertiary institutions entered this year’s competition which was hosted at SAB World of Learning in Kyalami, Johannesburg. Teams entered beers they brewed at their respective institutions, which were judged according to Beer Judging Certification Program (BJCP) standards.

Wits Microbrewery took the top prize for the lager category and the overall competition.

The categories included ciders, a winter warmer beer with a high alcohol content, and a speciality beer created using a cereal other than malted barley.

Nicholas Burman, a Wits PhD in chemical engineering candidate and Wits Microbrewery member, spoke to Wits Vuvuzela about the championship. “The competition is very competitive. This is the first time that Wits has won and the standard gets better every year,” he said.

The team won a trophy and a cash prize worth R15 000 for the lager category and another R25 000 for the overall competition. According to the team, the money they won will be going towards buying new brewing equipment.

“A lot of the beers that didn’t win are still excellent beers and we believe that in the previous years where we haven’t won, we still made excellent beers. The judging criteria makes it pretty hard sometimes,” Burman said.

All beers entered were judged by BJCP accredited judges. Wits Vuvuzela spoke to Apiwe Nxusani-Mawela, a brew master and one of the judges at the competition, about the Wits team’s winning beer.

Another BJCP accredited judge, Michelle Erasmus, said her highlight about the beer was the “appealing clarity”. She said the beer was “clean and the crisp hop flavours equally balanced the malt flavours”. 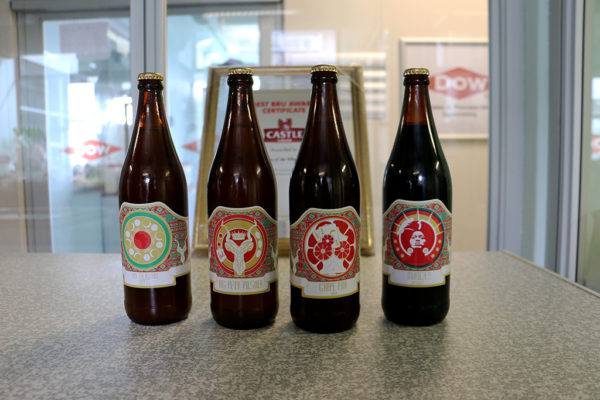 Nxusani-Mawela, who is a former Witsie, was proud of the brewery team for winning the trophy. “I have been part of the judging team for many years now and it always saddened me when Wits didn’t win. I was quite excited when I learned that this year the team has finally gotten the recognition it deserves,” she said.

Wits Microbrewery’s various beer bottles were labelled with different and colourful African-themed graphics. The labelling was designed by a former architect and older brother of a Wits Brewery member.

The team will now start working on improving their beers and will be participating in other microbrewing competitions for the remainder of the year.

“We’ve really been working to not just produce good beers but really exceptional beers. We have become a lot more technical in our brewing and we’ve been improving our recipe design,” said Burman.