A GROUP of about 50 young hockey players, aged between 12 and 14, were taught the skills they’ll need, to make it to the top of the game, at the Wits Hockey Development Project this weekend at Wits’ Parktown campus. It runs from September 30- October 1. 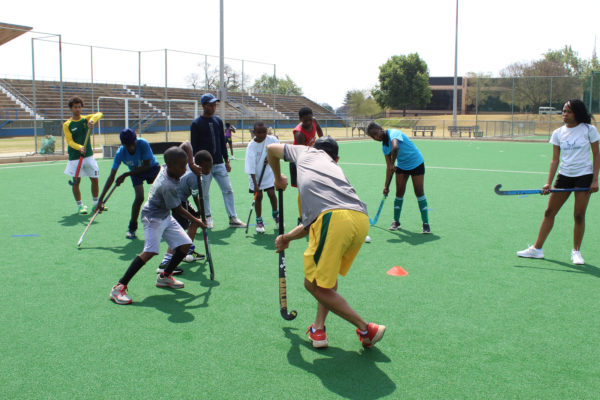 Madilonga also said that he would like to continue playing hockey as it keeps him away from the “Kasi stuff”.

The project, headed by chairperson of the Wits Sports Council, Kamal Ramburuth-Hurt and coach of the under-21 Gauteng hockey team, Tsoanelo Pholo, aims to assist and develop the hockey skills of young athletes between the ages of 12 and 14 years old.

Ramburuth-Hurt told Wits Vuvuzela that transformation in the sport itself has not been up to standard. “We have recognised that not enough has been done to develop black hockey players at a grassroots level; not to just expose them to the sport but to provide them with the skills and the insight of what it means to be an elite player, a provincial player or a national player. That is what we’re trying to do [through this project].”

Melinda Mokgwelaa, who plays for Sicelo Development Hockey Club said she is proud to be playing the sport. “I feel proud of myself because it’s being me showing my talent [as a female hockey player] and being successful.”

Thabang Modise, one of the project’s coaches and a Wits Hockey player, said he wants to get the athletes to enjoy the game first and develop their “technical ability”.

“For me, it’s getting them to enjoy the sport because we lose so many players because they enjoy soccer or rugby more. After that, it is technical ability [to develop their skills]. If they can just get the basics down, than they should be set for the future”, said Modise.

Hockey coaches from high schools and a representative from the Southern Gauteng Hockey Association were expected to visit the camp to scout for talent, said Ramburuth- Hurt. 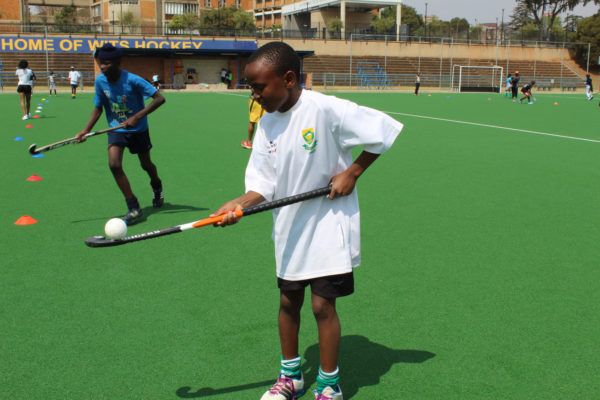