THE FRIDAY Night Lights (FNL) division of the Inner City Super League (ICSL) kicked off early this month. The Wits Bucks won their second game in a row against the Braamfontein Blues on Tuesday night with a close 61-59 win at the Hall 29 courts. 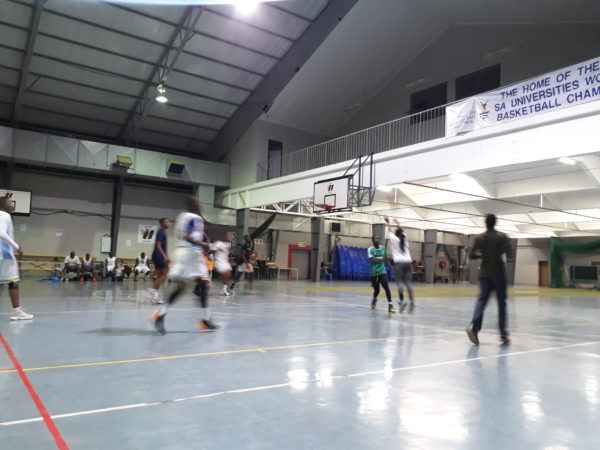 The home team was able to dominate the first quarter of the game shooting a couple of three pointers which put the Bucks ahead of the game. It was not until the second quarter of the fi rst half that the away side started running in on the Bucks to get close to their points. Wits Bucks coach Tshiamo Ngakane said, “It was a very close game that went down to the wire.”

Last week, the team beat the Corinthians with an impressive 63–38 win. The team hoped to do that again with the Braamfontein Blues, yet the opposition team proved to be challenging.
The second half of the game saw the Blues dominating the game as they managed to make an impressive comeback against the Bucks.

Pressure mounted in the last five minutes of the last quarter when the Bucks were just one point ahead of the opposition, but the home team managed to get a quick two-pointer shot in to conclude their win. “Wits was missing several players but were still able to pull a good result,” said Ngakane. The ICSL allows both men’s and women’s teams to participate, even interchangeably. “The great thing about FNL is that ladies are able to play with the men and our top national team ladies players, Fortunate Bosega and Ipeleng Nyalto, both played really well in the game,” he said.

The team was very happy with their win over the Blues as they knew they would take the game home. “It was a good game, the guys showed up and were strong throughout,” said team player Yuval Genga.