Targeting young politically and socially conscious South Africans, the HRC hosted a dialogue in partnership with the Development and Leadership Unit (DLU) at Wits which was meant to start difficult conversations around racial attitudes and behaviours throughout South Africa.

Promotional manager in Gauteng for the HRC, Buang Jones, told Wits Vuvuzela that this is “the first of many partnerships we (HRC) will have with Wits given its prominent role on the continent.”

Jones added that this is part of an initiative from the HRC to “reach out to universities, to work with them to foster understanding of human rights.”

In the run-up to Human Rights Day, Students for Law and Social Justice (SLSJ) invited students to engage in discussions about human rights and the constitution on Tuesday, March 20.

Anti-apartheid activist and former justice of the Constitutional Court of South Africa, Zak Yacoob, addressed the students who attended the SLSJ’s event.

Yacoob said that it the issue of student protest is a matter of human rights but he spoke out against violence and told students they cannot force support for their protest action. 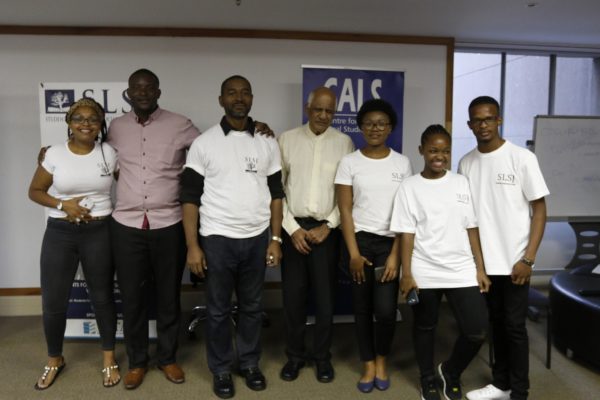 Yacoob encouraged students to develop a base where students are mobilised and organised “to ensure that we fight against the administration of the university for the rights that we need”.

Chairperson of SLSJ, Thoblie Ndaba, told Wits Vuvuzela that “The culture within the university is riddled with homophobia, sexism and bias, with rape culture being very prominent.” She called on the student body to be more active in combating and dealing with these issues.

Ndaba said that Human Rights Day “should serve as a reminder of what mass collective action can achieve”, adding that, “every contribution counts, whether it is calling out misogyny and racism or simply donating sanitary towels or donating to a food drive.”