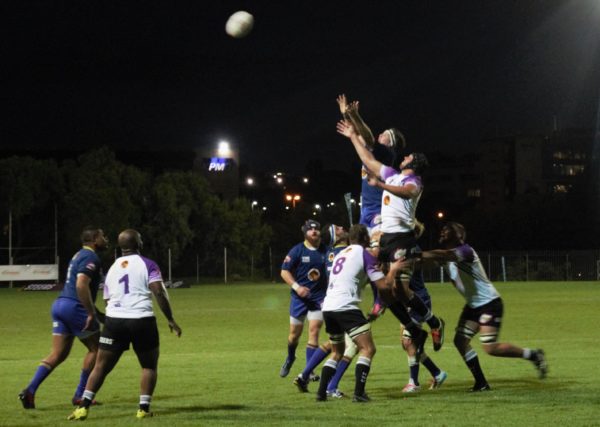 HISTORY MADE: Wits raises the bar and qualifies for semi-finals. Photo: Mary Sayegh

FNB Wits have secured a semi-final spot in the Varsity Cup tournament, a historic first for the team from Braamfontein.

Wits will face FNB Maties in the semi-finals of the Varsity Cup tournament in Stellenbosch on Monday, April 2 after finishing 4th on the Varsity Cup log. Wits claimed the fourth place with 25 points, a mere one-point above FNB Shimlas.

Head coach of Wits, Hugo van As told Wits Vuvuzela, “We are quite excited as one of our dreams and a goal that was set by the team at the beginning of year has been achieved.” FNB Wits captain, Constant Beckerling said “I’m extremely proud of my side We’re a bunch of true Witsies and I am very proud of the way we’ve represented the varsity this year.”

As for the game ahead, Beckerling said, “We’ve never been in this position before, it’s a bit of unchartered territory so there’s no pressure on us, it’s all on Stellenbosch.

Despite concerns that the team will be playing away from home, van As said, “The team are always able to prove they can play hard, even with an away game”.

Beckerling thanked the fans for their support of the team throughout the competition, “I’d like to thank the Wits fans for the awesome support. It’s been unbelievable this year.”

Huge congrats to @WitsRugby for achieving our first ever Varsity Cup Semi final appearance, history made and super special.

With the last clashes in @varsitycup qualifiers taking place last night, the semis are set!

A massive congratulations from the #Mainswitch team to @WitsRugby for booking their spot in the final four! pic.twitter.com/iGu9j83KYm

FNB UJ will clash with FNB NWU in the other semi-final match of the Varsity Cup.