Fourth-year Bachelor of Medicine and Surgery student, Kelly Roux (23), isn’t your typical medical student. Between doing her rounds in scrubs and studying for tests, Kelly is establishing herself as a successful model.
She began her modelling career in high school by trying out ramp modelling. Before she could sign a contract with an agency, a broken nose put her plans on hold. 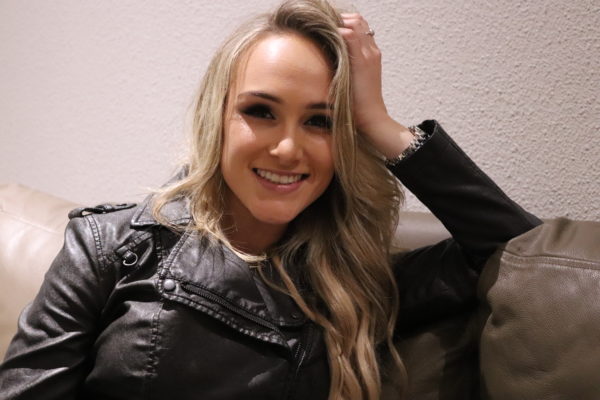 ASPIRING: Wits medical student Kelly Roux is making a name for herself in the modelling industry. Photo: Sam Lee Hill

In her second year at Wits, it was by luck that a photographer approached her for a test shoot because he saw her potential. He had previously worked with FHM and Playboy South Africa and, even though she did not want to pursue swimsuit and lifestyle modelling, she gave it a chance.

After her test shoot, the photographer encouraged her to enter a ramp modelling competition which she came third in. This became a defining moment in her career.

“From then, more photographers wanted to work with me. I got a few features in magazines, calendars and [a few] advertisements, met some really influential people in the industry and my modelling career surged on from then,” she said.

Roux boasts an impressive CV. She’s worked with talented photographers such as Richard Cook and Marc Dryden-Schofield. This aspiring model has been featured in two motoring magazines, she was Miss November for the LW Magazine calendar and posed alongside a Porsche 911 GT3 for SXdrc. Roux is also a brand ambassador for Tammy Taylor Nails Morningside and the Online Supplement Store.

But modelling has not always been exciting and glamorous. Roux loves her job but has struggled with the pressures that the industry places on young women. “It’s tough [to not] compare yourself to others. I’ve struggled with that and it’s something I’ve learnt, and keep telling myself, not to do.”

Although she fills up her spare time with photoshoots, Roux is passionate about medicine and helping others. “I love that I get to help people and make a difference in their lives, no matter how big or small.”
This beauty with brains doesn’t plan on slowing down. “I hope [that] I can keep working up the ladder in my modelling career and be the best possible doctor to my patients I can be,” she said.