Accusations fly in race for chancellorship 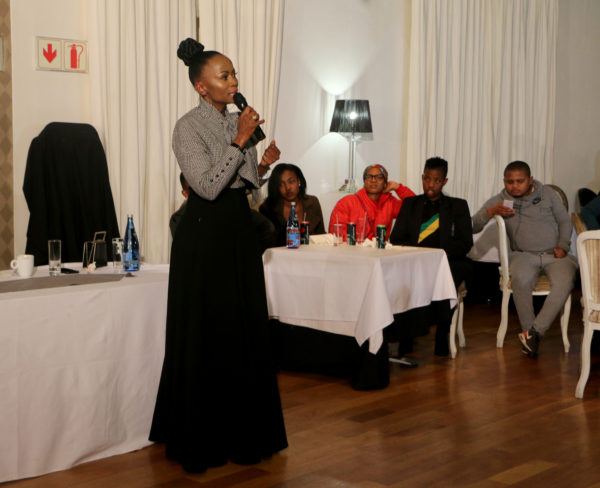 One of the two candidates for the chancellorship of the University of the Witwatersrand is threatening to pull out of the elections over alleged unfair treatment from members of the senior management of the institution.

Dr Anele Mngadi, a prominent businesswoman and strategist, says she is considering legal action over the treatment she says she has faced.

Mngadi’s allegations against various members of the Wits University management include claims that she has been sidelined and treated like a “bridesmaid”, while her rival for the chancellorship, Dr Judy Dlamini, has received far better treatment.

Dlamini, a medical doctor and businesswoman, and Mngadi are the only candidates in the race to replace former Deputy Chief Justice Dikgang Moseneke as the chancellor of Wits.

When asked about the claims by Mngadi, Dlamini declined to comment.

Mngadi told Wits Vuvuzela that she had heard a recording in which Wits Registrar Carol Crosley said prejudicial things against her candidacy.

Asked about Mngadi’s accusations, Crosley responded: “It has come to my attention that a private conversation between a student and I may have been recorded. If so, it was done illegally without my knowledge and consent. I can confirm that nowhere in that conversation did I say that Dr Mngadi will never be the Chancellor. This is not my decision nor that of the University, but that of the Convocation.  The Chancellor is elected by members of the Convocation (graduates of the University) and I have no influence on how they will vote.”

Mngadi added that she had communicated her concerns in a June 26 letter to Crosley and acting vice-chancellor, Prof Tawana Kupe.

With a subject line that read: “RESTORE MY DIGNITY: I am no bridesmaid”, Mngadi’s email stated that she was pulling out of the elections due to unfair treatment in the elections.

Mngadi also alleged that Kupe, had confessed to favouring Dlamini over her. “Tawana Kupe, the acting vice-chancellor, invited me to dinner and asked me personally to help him make Judy the chancellor because he has promised Sizwe Nxasana (Dlamini’s husband) and he has to fulfil that promise.”

Yesterday, July 26, Kupe denied Mngadi’s allegations, saying, “These are spurious allegations that are emphatically denied. I did at no time meet with Mr Nxasana and I have not spoken, written or met with him at all this year. It befuddles the mind as to why I would ask one candidate to campaign for another candidate during this process.”

On Tuesday, July 24, the university distanced itself from an event at the Wits Club that was advertised by the Wits Postgraduate Association (PGA) at which Mngadi addressed a gathering of about 100 students.

Mngadi‘s speech addressed issues of leadership and the role of a chancellor at a university. “Although a chancellor does not play an executive role like a vice-chancellor does, chancellorship should still not be a title of honour.

As an academic, a chancellor should not be reduced to only conferring degrees,” she told the students in attendance.

Whereas Dlamini was included as a speaker on the invitation and programme for the Wits Club event, she didn’t attend. She told Wits Vuvuzela that, “I was not informed nor invited to this talk, unfortunately.”

ERROR: The article originally said the event at Wits Club was “organised” by the PGA, when it should have read “advertised” by the PGA. This error has corrected in the copy above.