Healthcare professionals should collaborate for the benefit of patients

Hierarchy within health sciences compromises the care of patients. 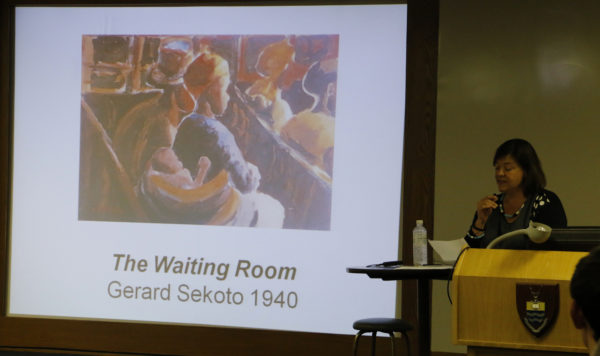 STUDENTS from across the health science faculty are joining hands in the hopes of tackling the professional divisions that exist within the faculty, as well as the misconceptions which perpetuate a hierarchy within the health care profession.

Kaashifa Gathoo, a third-year MBBCh student and founding member of KIPSS told Wits Vuvuzela, “The medical sciences, health sciences in general, has always been ruled by hierarchy. There’s always been a step ladder and for some reason, at the top it’s always been the doctor. It was time we realised that…it is actually harmful to the patient.

“We get nurses and doctors, physios and OT’S [occupational therapists] all working with one patient but they never communicate with each other. You may sometimes get a patient file where there are notes scribbled down in a language that nobody else understands but the person who wrote it. So much is lost because nobody is willing to step up and ask about the patient and their progress,” the 24-year-old said.

The core aim of KIPSS is to invoke interest in students from different health disciplines to learn more and provide a cohesive front to work together so as to eliminate the hostile professional atmosphere in the faculty.

Posters were put up around campus to highlight existing misconceptions among health students and eventually in the professional working environment.

Some of the misconceptions printed on the posters were:

Past and present students present at the launch shared their experiences within the institution and within their professional work environments.

Kirsten Gerrand, a practicing dietician, highlighted that her profession is usually undermined and reduced to only helping people lose weight.

“One of the worst experiences I had is a patient that died and that was because I fought for him for 10 days to be fed… He was admitted with gastroenteritis. He should have been fine but the doctors refused to feed him and he was too weak to feed himself and, after 10 days, he died.”

Ramona Azagsiba, a practicing nurse, shared her negative experience in the health care profession as well. “There seems to be an automatic respect attached to being any other healthcare professional than being a nurse. In most cases, patients are the ones who suffer consequences of my being dismissed.

“When I was a student I was placed in a ward for newborn babies. There was a baby that was born with hydrocephalus (the buildup of fluid in the brain) and was starting to show increased signs of ICP (a rise in the pressure inside the skull). The nurse alerted the doctor… unfortunately the doctor dismissed her.

“Later that day a consultant came in and that baby was immediately taken to ICU. This story could have ended differently and very sadly had that consultant not come in that day. So I believe that KIPSS in an initiative that was long overdue.”

The hierarchy within the health professions is a problem that the Wits health sciences faculty says should be dealt with from the bottom up.

Professor Lionel Green-Thompson, assistant dean at the health sciences faculty, told Wits Vuvuzela that, “We popularise the idea among students [and] attempt to make a curriculum-intervention… We think that students are an important part of the conversation because if the hierarchies are established among students, they’re more difficult to break up later on.”

Researcher and head of medical humanities, Professor Catherine Burns, gave the keynote address at the launch. She told Wits Vuvuzela,  “If we don’t know how they [hierarchies] came to be, we think they’re natural or that all forms of medical knowledge and health started in a hierarchical way. But even if you look back a hundred years in South African or global history, you see that’s not so. Maybe [hierarchies] prevent good health systems from emerging, in which case we should challenge them.”