SLICE: Sun’s out, so are sexual predators

Spring has finally arrived and GBH is lurking around the corner 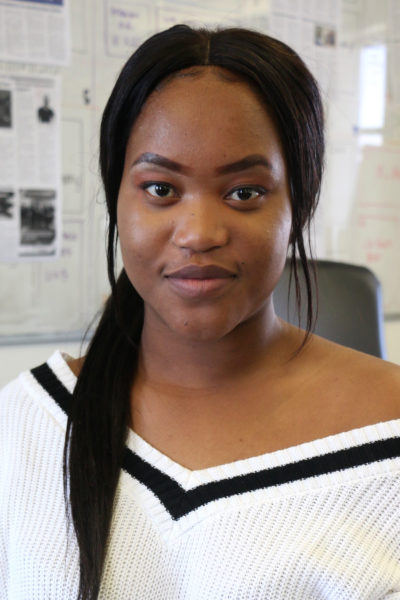 DARK GREY skies and the harsh cold air have now become a thing of the past as winter makes way for spring.

The first cheerful and colourful signs of a warm spring have arrived along with tiny summer dresses, bra-less afternoons, cold glasses of wine or water and breezy walks along the busy streets of Johannesburg. Finally, spring has sprung!

Given the heatwave in the city this week, one would expect nothing of its residents but the minimalist of clothing to stave off potential heat rashes and strokes. But for the thousands of women whose daily commute involves public transportation, their choice of clothing attracts a harm of another sort.

“Pull that dress further up so we can see everything,” says a stranger to me, attracting giggles from a nearby taxi driver, as I rush to Midrand taxis on my way home from main campus.

I know my fellow commuters will agree with me when I say that these kinds of outbursts happen daily and have come to represent the norm in places like Noord Street taxi rank.

For young women across all South Africa, wearing short dresses, ripped jeans, bum shorts, tank tops without bras is quite normal and far from taboo in the world we live in today. This notion, however, is completely different within the confines of many of our public transport spaces.

In 2012, two female teenagers were harassed and groped by taxi drivers at the Noord Street taxi rank for “dressing inappropriately”. Fast forward six years and another young woman experienced two sexual harassment ordeals at the hands of taxi drivers at two different taxi ranks on the same day, according to media reports.

The 25-year-old spoke out about being sexually abused by a taxi driver who forcefully opened her top to look at her breasts at the Wanderers Street taxi rank.

Later that day, she was sexually harassed by another taxi driver who touched her breasts at Bree Street taxi rank. Was the fact that she wore a shirt that exposed her chest enough for random taxi driver to do as they pleased with her body? Certainly not!

Although we live in a free country, women are not entirely free with their bodies in a space dominated by rape culture.

Most people, traditionalists in particular, believe that a woman’s outfit is a call to rape or sexual harassment. Rape culture dictates that it is completely a woman’s fault for enticing men by exposing too much of her flesh. This argument is completely absurd of course. There is absolutely no correlation between acts of rape and a woman’s dress code.

Think about infant children and elderly women and many men also who themselves are victims of rape and sexual harassment. It is the act of the perpetrator which should draw condemnation, not the length of the victim’s skirt.

Without a doubt, South Africa is culturally rich and diverse, but many of these cultures are dominated by patriarchy.

Given that many black communities deeply believe that the man has the last say, many women justify rape culture with comments like, “You were barely dressed, what did you expect?” As unhelpful as they are, these words show us how far we still have to travel to make the world safer for a women to dress their bodies as the weather dictates or as they feel fit.

Men, young and old, need to recognise that the way a woman dresses has nothing to do with their reactions to her body. Until then, a man’s repulsive sense of entitlement to the female body will continue to be a huge burden to our country and to its women.