Transgender healthcare under the microscope

Hospitals can often be stigmatising and abusive spaces for transgender patients who seek out healthcare.

The lived experiences of transgender people can sometimes differ vastly to those of their cisgender counterparts when it comes to everyday activities and spaces like healthcare facilities. Conversations about transgender healthcare should be as nuanced as the needs of this community and should happen at different levels.

Medical doctor, author and activist, Dr Anastacia Tomson, says that it can be exceedingly difficult for transgender patients to access even basic healthcare services in South Africa. Tomson, who is transgender herself, explains, “Healthcare workers are not necessarily competent in delivering healthcare services to trans people, and are often also prejudiced and given to discriminating against trans patients. It can be a humiliating, degrading and often abusive experience for a transgender person to access health services, and these are huge barriers that need to be addressed.”

Trans-specific healthcare would include therapies such as hormone replacement therapy (HRT), or gender-affirming therapies and surgeries. Surgery on one’s vocal chords to feminise the voice, having ‘top’ surgery to have breasts removed or augmented, ‘bottom’ surgery like gender reassignment, and accessing treatments like hair removal and electrolysis are examples of the common but lesser known medical interventions needed by the transgender community.

The programme coordinator of sexual orientation and gender identity advocacy at Wits University, Tish Lumos, said that looking at a one-dimensional depiction of a health model for trans people is dangerous. As a transgender member of the Wits community, Lumos explains, “We have the same illnesses as other people have. I may be getting hormone replacement therapy in the form of testosterone which I inject but I simultaneously have other chronic illnesses.” 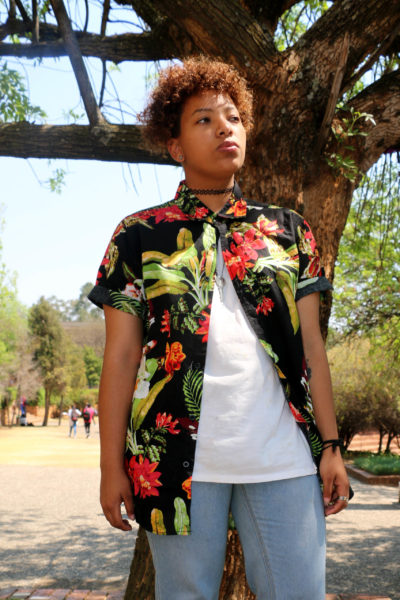 Counselling psychologist Jonathan Bosworth who has a special interest in the LGBTQ+ community, said, “I think in South Africa we do have a problem with trans people accessing trans-specific healthcare services”. Access to these therapies depends on access to the right doctors and hospitals in urban areas, access to pharmacies that have HRT stock and access to doctors who have the appropriate range of skills and knowledge.

Lumos added, “Unfortunately, we’re looking at two extremes between people who can afford to go to private healthcare providers and people who have things like time and resources to go to the state sector. In between we have a massive group of people who are just falling through the cracks.”

Those on medical aid may be able to afford and access private healthcare but many of the expenses associated with the health needs of transgender people will still have to be paid out of their pockets. A source from Discovery confirmed that the medical aid will pay for consultations granted the consultation falls within the necessary confines. “A few months ago a man who was transitioning to become a woman claimed for a gynaecologist. That particular claim didn’t pay out because on the system it still reflected ‘male’ and gynaecologists only pay for females.”

Discovery may pay for consultations and general health needs but gender-affirming surgeries have to undergo a review before being authorised. “If it’s something medically necessary they will approve unless it’s a general exclusion.” On its list of exclusions under its KeyCare plan, Discovery lists “Reconstructive treatment and surgery, including cosmetic procedures and treatment” as well as “breast reductions or enlargements”.

The situation is even worse for individuals dependent on the public health system. Of the more than 400 public hospitals in South Africa, only three, Chris Hani Baragwanath in Soweto, Steve Biko in Pretoria and Groote Schuur in Cape Town, officially provide services for transgender patients in their gender clinics. Such is the need for the surgeries that the waiting list at Groote Schuur for transgender women to have bottom surgery has reached the 25-year mark. In other public sector facilities, services may be provided on an ad-hoc, unofficial basis contingent on the staff working there.

Transgender persons often become dependent on medical doctors who are the gatekeepers in mediating access to the necessary procedures and medicines, many of whom are reluctant to assist, a reality Lumos can attest to. “In 2015 I started looking at options for hormone replacement therapy and in my experience as a non-binary transgender person I talked to a couple of friends around me and it’s really not that deep. In reality, I went to five different doctors before I found one who would ascribe me testosterone and it was super, super annoying.” Lumos said that they often faced comments from doctors such as “Have you tried going for therapy? Are you really sure you’re transgender? You know this is permanent for the rest of your life? I don’t think you’re ready for this.’”

Access to HRT is sometimes so difficult that many transgender individuals turn to the black market to buy hormones. Tomson, explained: “For many trans folk, this is an absolute reality. It can be so challenging to access hormone replacement therapy through ‘legitimate’ channels, due to the excessive quantity of gatekeeping and a lack of knowledge amongst service providers.” She says for patients who are despondent, black market hormone therapy is often a life-saving step. “Of course, the tragedy of this is that black market or self-administered hormone therapy can be extremely unsafe, and that these patients do not have access to comprehensive and reliable clinical care.”

Joshua Sehoole is the advocacy and programmes manager at Iranti, a queer human rights visual media organisation. He says that people generally avoid going to the doctor or a healthcare facility unless they really have to so there’s a huge culture of self-medication in the trans community. He attributes this to the attitudes of healthcare practitioners and the treatment at the gates by nurses, doctors and administrative staff at hospitals. “If you go to the hospital for one thing, somehow your gender identity becomes part of the problem.”

Documentation is also an issue

Second-year BA student at Wits, Seoketsi Mooketsi, recounted her experience of a public healthcare facility as a trans woman. Mooketsi said that she was assaulted in November of last year. In order to open a case of assault at the police station, she had to have a J88 form filled out – a legal document which lists the injuries sustained by a victim when a legal investigation is set to follow. 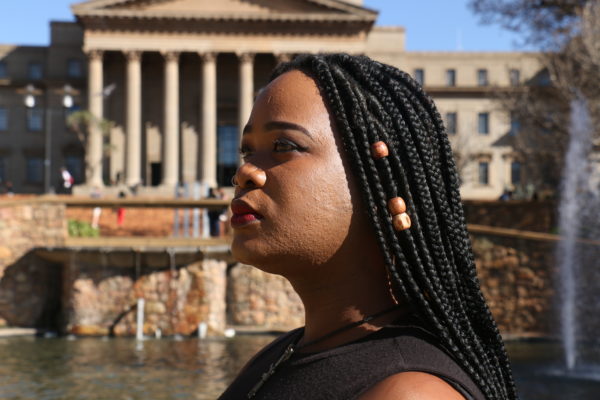 In an attempt to have this form filled out, she went to her local clinic in her hometown of Schweizer-Reneke in the North West. However, Mooketsi said, “The doctor that was supposed to have assisted refused, like utterly refused, to assist me any further. He was so violent and kept on misgendering me even after my sister had called him out, saying this person is actually a transwoman, so respect her gender identity.” Mooketsi says she will never go back to her local clinic after her experience, an issue which can potentially become problematic should she require healthcare in the future.

Even when trans people gain access to acceptable levels of healthcare, the issue of documentation remains problematic. Spokesperson for Wits Activate, Jess Alexander, explained, “It’s just the uncomfortableness of having to basically box themselves in in order to get the healthcare that they need.” Often the identity documents one needs to submit at the hospital don’t reflect a transgender person’s preferred gender. Alexander said that certain medication can get withheld from patients because the documentation doesn’t match the person in front of the doctor.

Tomson said that South Africa does not have a standardised set of guidelines for healthcare for transgender patients, and this is an area that clinicians and activists are working very hard to address. “There is no fixed policy in South Africa, and this means that the care rendered at different facilities or institutions can differ greatly, leading to huge discrepancies.”

Despite the difficulties many transgender people experience with regards to access to healthcare, Lumos says it’s not all doom and gloom. “Healthcare practitioners in the public sector are pretty awesome in my experience with many of them. What is nice about the South African public sector is that there are so many activists who are doing great work. There’s a group in Helen Joseph Hospital who are doing seminars on gender identity … There are staff at Bara who are talking about different things like a gender-neutral ward. There are a lot of places where people are getting it right.”

Mooketsi said she eventually received assistance after she travelled to the neighbouring town of Vryburg where she was assisted by a queer nurse and seen by a doctor and a psychologist. “I was assisted by these two doctors who were incredible and used my preferred pronouns and also my preferred name. They created a space for me to check them out. So whenever they were being out of order or being problematic, they would just say please hold me to account. And that for me was wow.”

Iranti is in the process of launching a campaign called Trans Health Without Borders which will look at the lack of access to healthcare and gender-specific care. Still in its conceptual phase, it’s an initiative by different trans-led organisations globally which are trying to assess the immediate needs that trans people are experiencing in accessing healthcare and working out how those needs can be addressed collaboratively.

For Alexander, respecting someone’s sexuality as a healthcare practitioner and acting on that is not a complicated concept. “It’s about my anatomy. You should be worried about what’s happening in my body, even if it’s busy transitioning from one to another. I’m a human being first before I’m my gender or my identification.”