Driven to defy disability in sport

Defining the norm with women, disability and sport. 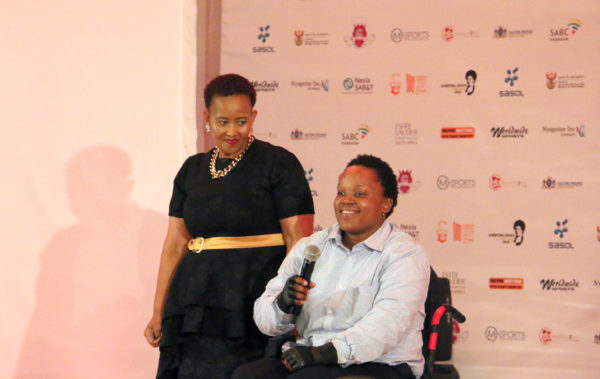 TWO days before Kevin Anderson took to centre court at the Wimbledon’s men’s final against Novak Djokovic on July 15, his South African compatriot and fellow tennis player Kgothatso Montjane, had already made history. Montjane, or KG as she is known to many, had become the first Black South African woman to play at Wimbledon and on her debut, had made her way to the semi-finals, a phenomenal achievement in itself.

Montjane, a wheelchair tennis player, has enjoyed years of success before her Wimbledon appearance but as is the case with most disabled sportswomen, she has had to play a secondary role to abled-bodied athletes. The lack of access to facilities and trainers together with a lack of financial support and media coverage often means that disabled athletes and women in particular, struggle to commit to and excel at their sport of choice. Many of these top-ranked athletes have the same story of struggle to tell regardless of the kinds of disabilities they have.

“Right now, South Africa not having enough disabled athletes is a lie. There are plenty of people who want to take part in the sport, but they don’t have the proper backing and don’t have the proper equipment,” says Palesa Deejay Manaleng, an up-and-coming South African para-athlete. “Disability sport grew tremendously from the time I was participating up until my retirement, says Olympian and para-Olympian Natalie du Toit.

Du Toit, who lost her left leg at the age of 17, said that “from being the only swimmer in my category in South Africa to competing with at least three or four of us in the same category when I retired”.

Du Toit, who retired in 2012, said that during her swimming career she chose to focus on being the best sportsperson that she could be. “There were many challenging times where I was placed in boxes and had persons not wanting my team and I to achieve, however, we retired from sport, knowing that we had come full circle,” said the 34-year-old.

The 2011 census estimates that there are close to 3 million persons living with a disability in South Africa and Manaleng, a journalist who has lost the use of her legs after a cycling accident four years ago, believes that universities could play a crucial role in making sport more accessible to this community.

“It would be great if universities did some research and invested in sport. Even if Wits said our main sport is soccer, for example, then I would say to them that there’s actually soccer for blind people, are you looking into accommodating them as well”, said the 31-year-old.

Wits University Sport is currently not able to support disabled students studying at the institution but have made special arrangements for disabled athletes in the past. Michael Dick, manager of the Wits Sport High Performance Centre, told Wits Vuvuzela, “We would be happy to consider any requests and have worked with the Wits Disability Unit in the past on several occasions … Obviously our involvement would also be dependent on availability of funding and resources.” Dick explained that Wits have had disabled students in the sports department in the past, such as Maria Combrink, a shot put and discus athlete who was the Gauteng Disabled Sportswoman of the Year for 2018. 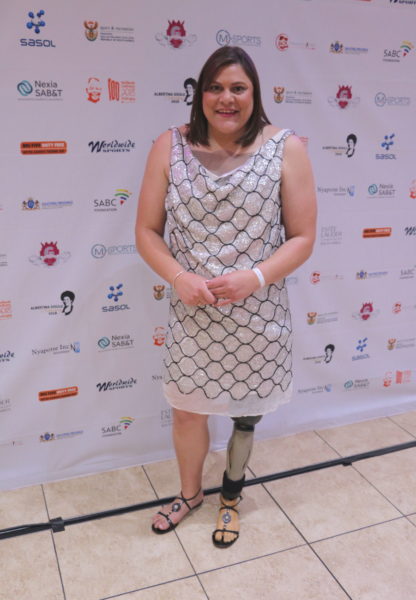 Priscilla Msongelwa, Disabled Women South Africa (DWSA) secretary, told Wits Vuvuzela that the organisation’s advocates and lobbies for the rights of their members and have formed relationships with various stakeholders to do so. These stakeholders include the department of sport of local municipalities.

Msongelwa says that even though DWSA does not have coaches or facilities for training, they make use of special schools who do have the equipment and assistance that they need. “By forming branches of disabled people in all the provinces where we identify women who have interest in sport and other activities,” she said.

The annual Gsport Awards, convened by South Africa’s first female cricket commentator Kass Naidoo, has become a platform for showcasing the successes of disabled women athletes. The organisation introduced categories for disabled sportswomen in 2012, six years after its establishment.

“A few years ago, we realised that unless we put the spotlight on disabled women in sport, they would struggle to get into a top three in the Athlete of the Year category that was getting more competitive with the likes of Caster Semenya dominating,” Naidoo said.

Du Toit was the first recipient of the Athlete of the Year with a Disability Award at the Gsport Awards in 2012. “Being honoured as a woman by an award that epitomises the very thing that is excellence in women’s sport and being part of the start to creating change on the national stage is something that will always be cherished and hopefully in the process inspire others to keep going, working hard and setting goals,” du Toit said.

Montjane has also been nominated by a number of sporting awards and says that her nominations show that her work in the sporting world is being recognised.

“For me, I see [the nominations] as viewing me beyond my disability of which that’s what I always wished for, that people see me for who I am than to see the disability before me,” the 32-year-old said.

“Obviously the mentality amongst society is still to see the disability before the person and I can only hope that changes in the future.”