Anneliese Burgess and Mandy Weiner discuss the differences in their writing processes for their latest books.

The key to getting gangsters, powerful political figures and criminal masterminds to open up to journalists is by cultivating a relationship with them. This was just one of the top investigative journalism tips offered by former EWN and now Media24 journalist Mandy Weiner and author Anneliese Burgess during their session at the African Investigative Journalism Conference (AIJC) at Wits University on Tuesday, October 30.

Weiner spoke about her work on Ministry of Crime, a book that explores how law enforcement authorities and agencies in South Africa have been captured by organised crime. In addition to building relationships with controversial sources, Weiner said that journalists cannot be judgmental.

“Getting them to trust you means that you have to be patient and make them realise that this is an opportunity for their voices to be heard,” Weiner said.

Burgess’s book Heist!, which relied on Burgess’ writing differed from that of Weiner in that she used court cases, academic articles and interviews with prosecutors and criminals, analyses a series of cash-in-transit heists over a twenty year period.  Weiner said Burgess’s book exposes “the inner mechanics of cash heists and the complicity of police officers”. 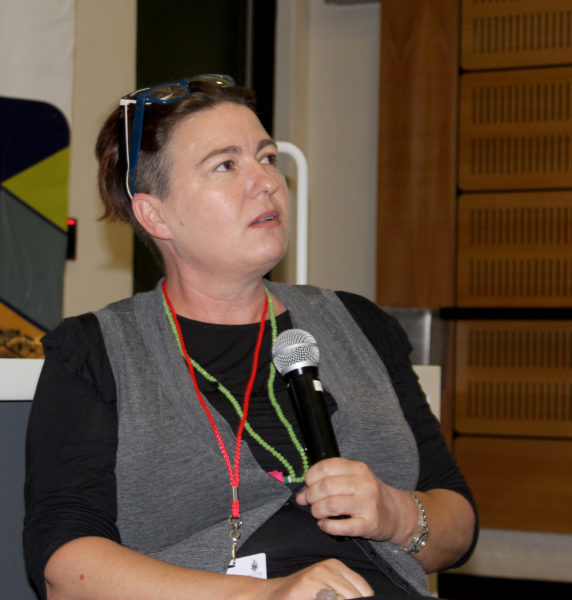 Although the authors’ methods of collecting data and sources differed, they both agreed that writing a book allowed them to go more in-depth than a news report. “If it has more depth, keep it for the book,” Weiner said.