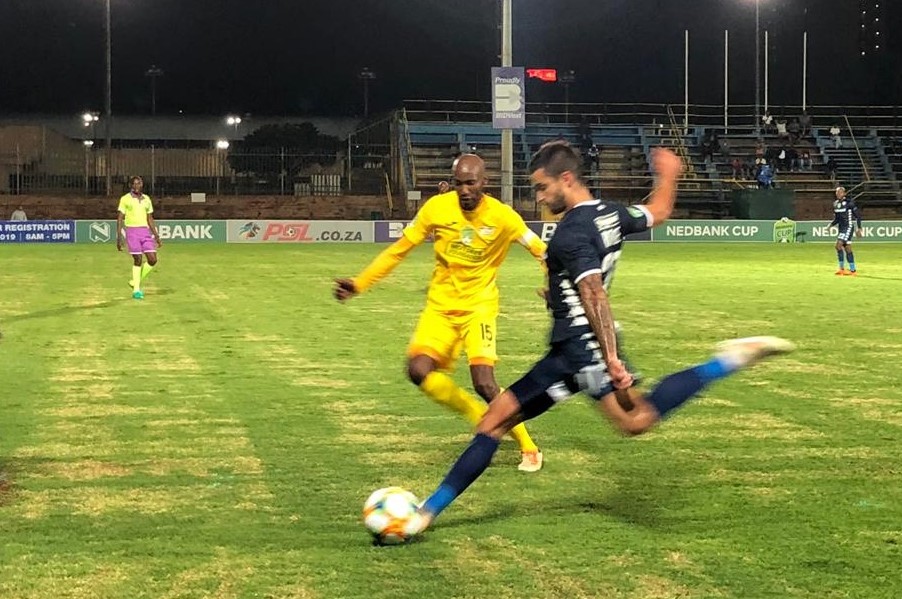 Bidvest Wits secured their spot in the Last 16 after beating the amateur Boyne Tigers 4-0 in the Nedbank Cup’s Last 32 match at Bidvest stadium on the evening.

Relentless showers of rain and slippery grass presented no challenge to Wits’ Haashim Domingo who scored the team’s first goal in the 11th minute.

Less than ten minutes later, Scottish striker Simon Murray dribbled past the Tigers and passed the ball to Domingo who secured the second goal.

The unmerciful Clever Boys gave the timid Tigers a tough time on the pitch by dominating their weak defence. Murray scored the third goal in the 20th minute. The fourth goal was bagged by Murray again in the 38th minute.

The striker was happy to have contributed to all four goals in the match. “You never know with an unknown team what you’re gonna get but it’s nice to contribute all four goals for the team. We got into the next round and hopefully we can make it to the finals”, he said to Wits Vuvuzela.

Bidvest Wits coach Gavin Hunt told Wits Vuvuzela that he was impressed with the Boys’ performance.

“The performance was good and we in the 16. We’ll see how far we can go and take it from there. We obviously expect to win the Nedbank Cup,” he said.

A Wits supporter, Henrie Brownliy, thought the game was a breeze for the Clever Boys. “We don’t know the team really… so I think we had to suss them out in the first ten minutes. We put pressure on them… after that it was like a walk in the park,” he said. With a smile on his face, Brownliy added that “I think what’s important is the win.”

Bidvest Wits will be going head-to-head against Maritzburg United at the Bidvest Stadium on Friday, February 1, at 20:00 in the Premier Soccer League.