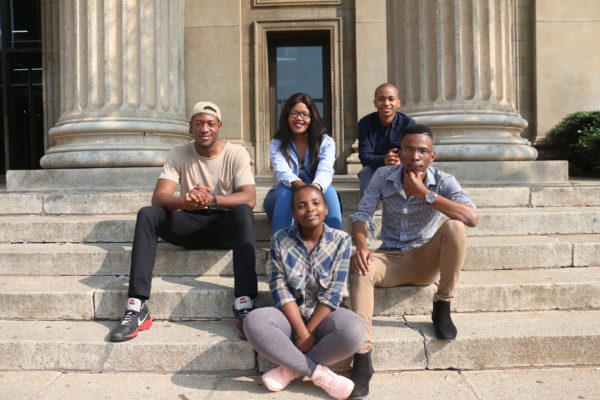 The group have called themselves the Postgraduate Diploma in Management (PDM) Leaders.

To educate high school students the group initiative, which kicked off in February, aims to simplify and debate parliamentary discussions such as the president’s annual State of the Nation address (SONA) and the Budget speech.

PDM Leaders founder Zongezile Qeba says his background as a winner of the SABC1’s One Day Leader show in 2018 gave him the tools he needed to discuss socio-economic issues.

After winning the show, Qeba was invited by various radio stations to provide input on socio-economic matters.

The initiative was “collectively created by the PDM class after a discussion on SONA”, Qeba told Wits Vuvuzela.

“[The group aims] to simplify parliamentary discussions by writing reviews and reports aimed at helping the rural population better understand them,” Qeba added.

Thato Ranamane, the initiative’s adviser, says he hopes that PDM Leaders “will impact the next generation” and allow him to tap into the minds of people who think like him.

So far, the group has contributed to debates and discussions about SONA and the Budget speech on UJFM, CAPS Radio and Dexterity Radio.

The group hopes to launch a website soon from which the public can access reviews and reports written by group members.

Although the initiative has not been formalised by WBS, Head of Career Management Services, Charisse Drobis, said “it is fantastic to see them going out to add value in very complex conversations”.

Drobis said WBS was in talks with PDM Leaders to make their relationship formal.