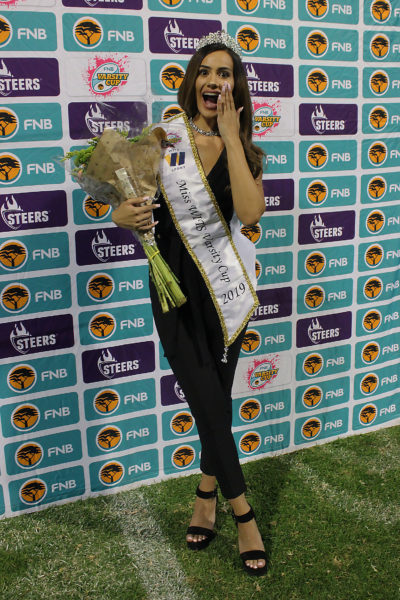 Brydges, a BEd student, said she is excited to represent the university and will use her title to get more involved with the Princess of Charlene of Monaco Foundation – an organisation that aims to end drowning.

“It’s not just about looks,” said the 20-year old. “This platform gives me the opportunity to change lives [and] to make a difference in the community,” Brydges said.

The competition which did not take place in 2018, included a focus on health and fitness this year through the inclusion of activities such as hiking.

Brydges told Wits Vuvuzela that the fitness activities were understandable as “this is about rugby” … “but first and foremost this is about the charity and creating awareness”.

Varsity Cup manager Xhanti-Lomzi Nesi said that through the relaunch they wanted to create more of an ambassadorial role focused on “more social awareness”.

However, Nesi said students were concerned that “if they [Varsity Cup] change it too much they will be replicating the Student Representative Councils, making the tournament redundant and unrecognizable”.

Brydges won a cash prize of R2000 with her title which she received during the halftime of the FNB Wits vs FNB UWC Varsity Cup rugby match.