The South African DJ took to Twitter to apologise. 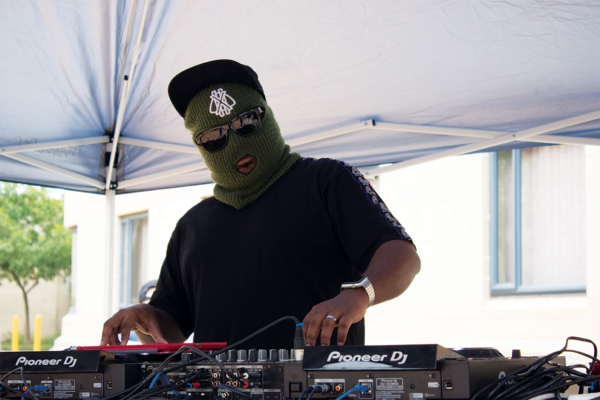 Hitmaker Sketchy Bongo has apologised for performing at a South African Union for Jewish Students (SAUJS) concert at Wits University on Thursday, April 5.

Bongo, whose real name is Yuvir Pillay, took to Twitter to express his regret over the performance for which he was paid.

“I want to apologise deeply for performing at Wits today … I didn’t think and do my research. I feel terrible for accepting money for this show I didn’t fully understand, and I will never make this mistake again …” he said.

Bongo, 29, also pledged to make a donation to the Palestine Children’s Relief Fund (PCRF) and to post an image of the amount donated on Twitter.

The PCRF is an American non-profit organisation which aims to provide Palestinian children with medical treatment severely lacking in the Middle Eastern region by sending medical equipment and volunteer medical teams and training Palestinian doctors too.

Nonkuleleko Mntambo, chairperson of the PSC at Wits, told the Wits Vuvuzela the committee was pleased with Bongo’s swift response and his support for Palestine.

“The PSC is elated. I think one of the objectives of the IAW programme is enlightening people and we did that on a scale that even we didn’t anticipate. People who haven’t heard of the situation are now curious why the artist they’re listening to is distancing themselves from Israel and his performance at the event,” Mntambo said.

Chairperson of SAUJS, Liora Katzew, told the Vuvuzela, Bongo’s apology came after he was pressured by the PSC to do so.

“We are used to these bullying tactics used by the PSC, who put pressure on artists to follow their one sided narrative. Sketchy Bongo was there as part of his desire to bring peace and unity through his music, which was both his and the SAUJS mandate. The SAUJS “Peace and Unity Concert” had no reference to politics or Israel.

“His performance attracted large crowds of students who danced with South Africa flags and created an incredible atmosphere. This was completely destroyed when the hate-filled IAW supporters bombarded the peace, with their usual aggression and intimidatory behaviour,” she said.

Katzew added that SAUJS would be meeting with Bongo to discuss the matter.

“He is his own person with his own freedom of speech and should not be bullied into making quick assertions,” she said.

UPDATE: This article was updated on April 7, 3:52pm to reflect the comments by SAUJS chairperson Liora Katzew which were received after publication.