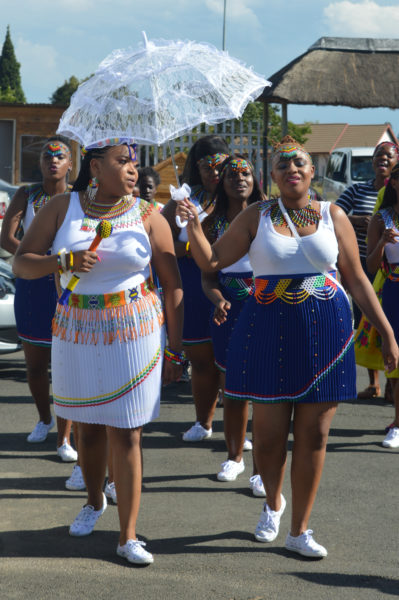 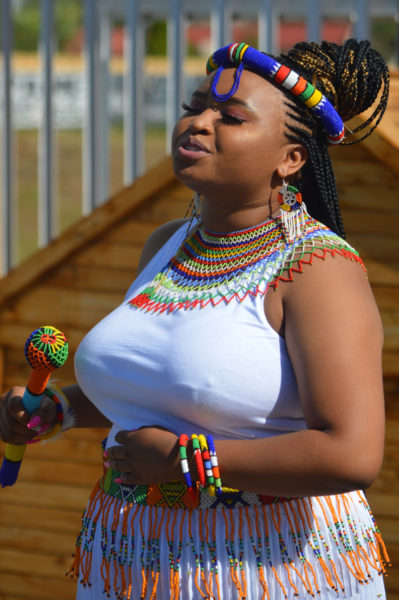 This past December I celebrated my 21st birthday, and my family held umemulo, a traditional Zulu coming-of-age ceremony for me.

Umemulo is for a young woman turning 21 who is still a virgin. The ceremony is performed in appreciation of her purity.

Purity is not just about being a virgin, it is also about being on your best behaviour for most of your life until you come of age, respecting and listening to your elders and also doing well academically.

Knowing that I would be graduating with a Bachelor of Arts in a few months solidified the purpose of having umemulo which made my family happier.

Umemulo is a very rare ceremony to have in this day and age because very few young women pass the “purity” test. It is even rarer for the ceremony to be held outside of rural KwaZulu-Natal.

In today’s society, media and the overall environment has made a lot of girls to shy away from this beautiful ceremony because it is considered uncool, exploitative and embarrassing to girls.

None of this criticism bothered me. Instead, I felt a sense of pride towards myself for having this ceremony – in the southern suburbs of Johannesburg – because I am a proud Zulu woman and I would take any opportunity to celebrate my heritage.

Umemulo prepares you mentally and physically with regards to increased self-awareness, self-confidence, responsibility and virtue.

The ceremony involved rituals such as the slaughtering of a cow, ukusina (traditional dancing) by maidens and the pinning of money on my head as a symbol of thanks from guests and family members.

A goat was also slaughtered for isiphandla (animal skin wristband) for me to wear on my wrist.

I wear isiphandla with a sense of pride, respect and honour because it is a sign of belonging and celebration of my Zulu culture.

Isiphandla is seen as a link to the ancestors for protection and is not associated with witchcraft as some urban people tend think when they see someone wearing it.

Umemulo is not just the ceremony. There is significance even in the preparations. I was treated like a bride as I had to pick a few close friends that would be my izimpelesi (accompanying maidens) to help me throughout the week until the big celebration.

Izimpelesi had to arrive a week before the ceremony as there were formalities that we were required to do together, one of them being practising singing traditional songs and ukusina.

Traditional Zulu dancers were hired in order to help us rehearse because we did not really know what to do in that aspect of the ceremony.

Because my umemulo was held in the city, there had to be some modifications to the celebration. There was no river for us to go to for a cleansing, and we didn’t have clay smeared on our faces.

But, I believe culture is adaptable, and I was happy with my family’s version of umemulo since it satisfied the basic requirements of the ceremony. Most rituals were performed and executed during the ceremony even though my family has been influenced by westernisation and Christianity.

On the day of the ceremony everything felt like a dream as izimpelesi and I got dressed in Zulu traditional attire and I was presented with a spear which is a symbol of strength and victory.

Everybody who was with me through my journey to womanhood was present at the ceremony as we sang and danced for an hour.

Looking back, I am so glad I did not choose to celebrate my 21st birthday by just cutting a cake.

In the olden days, umemulo was the perfect opportunity for a young man with cows to propose marriage to the maiden being celebrated.

None presented himself at the venue where my umemulo was held. There are still many life lessons ahead for me before I am ready for marriage.