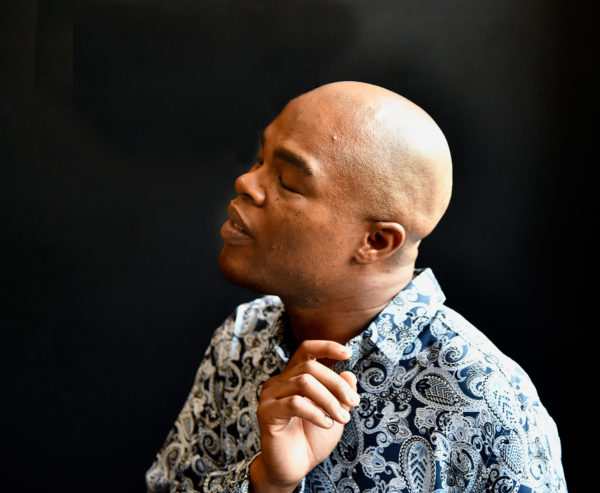 Yonela Mnana, a blind musician at Wits, has been awarded a R130 000 scholarship to pursue his PhD. Photo: Christo Doherty

A Wits School of Arts (WSOA) music student, with a keen interest in jazz, has been awarded a doctoral scholarship from the Arts Research Africa (ARA) project.

Yonela Mnana, who has been visually impaired since birth, received the R130 000 scholarship in February this year, for his research on aesthetics and politics of the South African solo jazz piano recital.

“The solo piano is the most vulnerable position the pianist can ever be in. [It] is an act that all beginners start with but in fact it is the penultimate position as well – it is philosophical; the end is actually the beginning”, Mnana told Wits Vuvuzela.

Head of WSOA Professor Brett Pyper said, “Yonela’s [Mnana] proposal stood out from a competitive field of applicants in view of its academic merit and potential to productively harness listening and performance as modes of research”.

Mnana, who was also awarded a distinction for his master’s degree in music at WSOA, explained that his research interest is his  contribution to the history of jazz in South Africa.

He said that in South Africa, jazz artists were historically suppressed by people who refused to record their performances which deprived them of their status. “For many white audiences at the time, jazz was their main thing, so to let [black] people do their main thing would be proving a point they don’t want to prove – a point that people are equal and quite competent to be whatever they want to be,” said Mnana.

The musician, who would often perform at jazz clubs and restaurants like the Hard Rock Café, even released a debut album, Baba, in 2016.

He said he was grateful for the ARA scholarship as it will help him to purchase learning devices and to commute between his home in Pretoria and Wits.

The ARA is funded by the Andrew W. Mellon Foundation and has provided 22 bursaries to deserving postgraduate students since its inception in 2017.